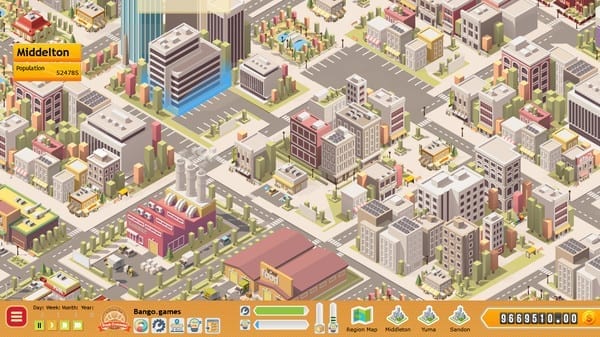 Do you love the allure of sweet, flakey pastries? Are you enticed by the intricacies of running a business? Look no further than Bakery Biz Tycoon! This management game will have players baking, expanding, and conquering their way to becoming the top bakeshop around.

Bakery Biz Tycoon will be the first game ever released by Bango.Games. The solo indie development studio has decided to put the game into Steam Early Access, as the devs believe it is at a point where players can enjoy it. They also wanted to invite Early Access players to provide feedback and help improve it before the final release.

Bango.Games expects to launch the early access version this month, though they have yet to reveal an official date. This team loves complexity, and their focus has been on the details. Additionally, personalization is a priority. They want each player to have a unique and unrepeatable experience while playing. This can be seen in the amount of freedom players can have in Bakery Biz Tycoon.

Here’s a quick look at a gameplay trailer released by Bango.Games.

Building a bakery empire one step at a time

Players start off the game as a young entrepreneur who has just inherited their grandpa’s bakery. It’s a tiny place, and they begin with a small sum of cash to get started. The goal for the remainder of the game is to create a successful bakery business. Success comes in many different forms, though, and there is no “right” way to build a bakery empire.

As the bakery gains new customers, new opportunities will arise. Players can expand the original bakery and also build new, larger bakeries in the city. This will improve production and their production opportunities.

Players can also choose between a variety of products to offer and even determine what ingredients they will use to make them. By creating high-quality items, the bakery can charge more for its goods, though it may not see as many customers. On the other hand, a player could choose to make cheaper products. This would attract more customers, but the products would not earn as much cash.

Bakery Biz Tycoon also has the option to set up marketing campaigns. These campaigns will help drive business to the bakery and raise awareness. Another option is to compete in baking festivals to build the bakery’s reputation. Additionally, there are three cities a player can look to expand their bakery business in. 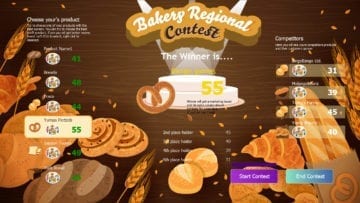 The game goes as far as to include the development of warehouses. These play a factor in the level of production a bakery can have. Players are responsible for store management as well. This means balancing the number of products you sell while maintaining a high level of customer service.

As the game prepares to move into early access, Bango.Games has noted several additions they intend to add. Specifically, the developers want more depth in their production mechanics and logistical features. Such aspects include purchasing production equipment, delivery vehicles, and supply stores. They have a few balancing mechanics, like the addition of a bank, in the works as well.

Bakery Biz Tycoon is scheduled to release for early access sometime this month. You can currently wishlist it on the game’s Steam page. At present, though, we do not yet have an official notice of the games’ price or when the final version will release.