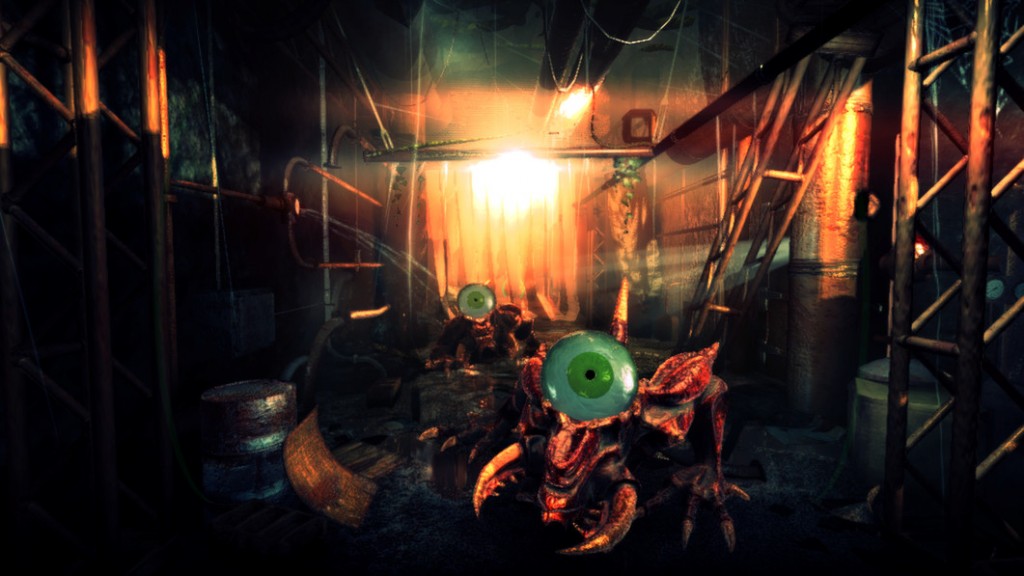 The eyes have it. You should probably follow their lead and get it too.

There are so many bundles out there, I try not to report on them unless they’re pretty damn good or hilariously bad. And, well, Bundle Stars’ Killer Bundle is the former.

It’ll cost you €4.99 (about £4 or $6, if my currency conversion is relatively accurate) but a fair few of the 10 games within are easily worth it – although, yes, there’s one laughably bad game thrown in too.

Let’s start with the good, though. STALKER: Shadow of Chernobyl is a fantastic survival shooter set in the irradiated zone around Chernobyl, but I’m pretty sure you either know that or own it already. It’s quite famous. The Dark Eye: Demonicon may or may not be good, but it’s relatively recent and was generally pretty well received, so it seems like a pretty good deal. Sci-fi B-movie-themed Albedo: Eyes from Outer Space charmed Paul quite a lot with its first-person puzzling, so that’s likely worth a punt. Year Walk is a creepy first-person adventure which will likely leave you feeling quite unsettled for the rest of the day. Then there’s Pixel Piracy, which everyone adored when it was in Early Access, and apparently adored a lot less when it actually launched. I’m going to guess it’s still a bit buggy and unfinished, but again, it seems like it’ll offer a bit of fun. Or maybe I’m just more willing to overlook flaws when something is in a bundle.

Why didn’t the skeleton go to the party? Because he was tied up in a cave with all his mates, according to Demonicon.

On the more mixed side of things there’s Fate: The Cursed King, which I’m shoving into the “more mixed side of things” category because I have no idea what it is or if it’s good. Loren the Amazon Princess is a fairly light turn-based RPG which is a bit BioWare in the sense that it’s heavily focused on characters and their relationships, and while it’s unlikely to blow your mind, it’s an entertaining diversion. Kraven Manor also fits into this category because it’s a horror game, so making any sort of sweeping statement about how creepy it is would be pretty pointless. It’s apparently very short, but has a few novel ideas. Then there’s Real Boxing, which appears to have divided people into camps of “it’s not as good as Fight Night and is a bit rubbish” and “it doesn’t have the budget of Fight Night and it’s quite fun for what it is.”

Then there’s the bad game, which in this case is Alone in the Dark. No, not the pre-Resi one! This is the 2008 one set in New York, complete with horrible driving sections. It may have been patched up and improved a lot since it launched (there was, after all, a vastly improved PS3 release sometime later) but I wouldn’t count on it.

And that’s your lot. €5 will net you the whole bunch, which should provide a couple of evenings of entertainment even if none of the games within Bundle Stars’ latest offering particularly grab you. If nothing else, though, I’d recommend this on the basis that it’s the “STALKER plus some other games” bundle.