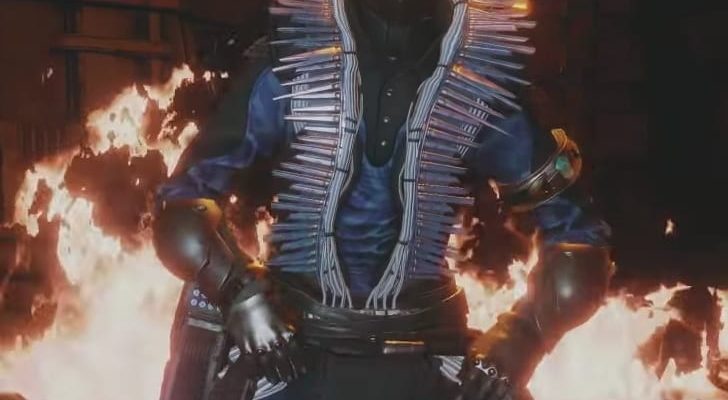 Exotic weapons and armor are some of the most sought-after pieces of gear in the Destiny franchise. In Destiny 1, we had The Last Word, Thorn, and Hawkmoon which made PvP in the Crucible a breeze. We also had the Icebreaker and Gjallarhorn. The latter actually took me 9 months to get despite being an active raider. Destiny 2, meanwhile, gave us weapons such as The Wardcliff Coil which made raid bosses and Public Events a breeze, The Colony, and the more recent Whisper of the Worm. Then, in terms of armor, we had Celestial Nighthawk, Raiden Flux, Synthoceps, Lunafaction Boots, and many more.

On that note, Bungie’s upcoming Forsaken expansion for Destiny 2 hopes to continue the tradition of providing unique exotic gear.

The Two-Tailed Fox – The rocket launcher fires two projectiles at different directions. We’re not sure yet if these rockets track opponents or if they simply fly out of a frontal cone or 45-degree angle.

Trinity Ghoul – The bow and arrow create an electrical storm when you get a precision kill. It looks a bit like the Dragonfly effect for Destiny 2’s weapons, except the explosion is wider and more devastating.

Wish-Ender – This other bow and arrow weapon allows you to see through walls and pierce enemies. This might become one of the most annoying things to fight against. It’s like Hanzo’s Sonic Arrow from Overwatch.

Malfeasance – The hand cannon creates an explosion every five hits. You don’t seem to need to hit crit shots at all. Just five shots and boom, there goes the dynamite.

Black Talon – The sword can be thrown as a projectile. The projectile perk reminds me of Destiny 1’s Bolt Caster although you’ll probably have more control with its direction this time around.

One Thousand Voices -The linear fusion rifle fires a beam of pure solar energy which then explodes. May we just that the weapon looks like it’s going to be a beast in PvE and PvP.

Ace of Spades – The Hunter exotic hand cannon from Destiny 1 returns and the unique perk is quite different this time around. The original Ace of Spades simply moved one ammo from your reserves to your magazine for each precision kill. You can see it in action in the video below from Destiny streamer Mr. Fruit. In Forsaken, reloading after precision kills grant extra-damage bullets. It’s a little bit like the Kill Clip perk that other weapons have.

Antaeus Wards – These Titan boots reflect projectiles when you slide. Oh wow, this is going to be a pain. We’re hoping that Bungie puts an internal cooldown on this, otherwise Titans will just be sliding all over the place whenever an opponent picks up power ammo.

The Sixth Coyote – If you thought Nightstalkers dodging around with swords in the Crucible was annoying, then this exotic chest armor allows them to dodge twice. They can also have double smoke bombs for maximum area denial. Also, imagine combining this with the Arcstrider’s current skill trees? Killing an enemy with a melee attack instantly recharges your dodge ability? That’s going to be brutal to fight against in Destiny 2’s Crucible.

Chromatic Fire – This Warlock exotic looks quite gamey. Precision kills with kinetic weapons create elemental explosions. This allows you to have consistent elemental damage during encounters. From the video, we’ve only seen Void explosions happening, so it might be tied to the Warlock’s subclass of choice.

We’re sure that a lot of Destiny 2 players are excited and will surely be looking forward to getting these exotic items once Forsaken releases. Will they be tied to an exotic quest? How about to a faction or to a specific activity? We’re also wondering whether these exotics will be locked to a specific slot given that Bungie is revamping weapon load-outs with Update 2.0 before Forsaken’s release. We’ll find out more details in the coming weeks.

Speaking of exotics, the weekend is almost here. That means Whisper of the Worm will be back, and Heroic is likely to have Void Singe active this time around. You can check out our guide for it here.