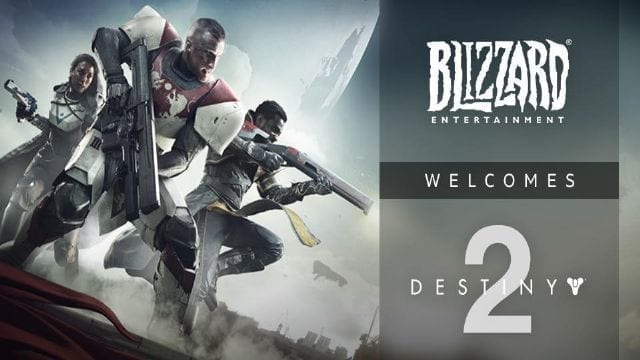 Bungie announced today the date and specifics of its migration of Destiny 2 from Battle.net, where it first launched in September 2017, to Steam. Following the split between Bungie and Activision announced earlier this year, the developer has taken many steps to assert its newfound independence. Last month, it had a long stream to announce the upcoming expansion Shadowkeep and discuss the next chapter of Destiny 2, reassuring players that it still has a lot to offer. This involved the first announcement of the move to Steam from Battle.net and its plans for cross-play with Google Stadia.

Bungie will enable players to move their current characters, gear, and progress from Blizzard’s Battle.net servers over to Steam. You can sign up for email updates if you want to stay in the loop for the next steps of the migration. The developer also specifies that the migration will include a one-time transfer of all the players’ ownership rights. That includes Expansions, Silver, Account, Seasons, and so on.

If players choose to, they can also pre-order the upcoming expansion Shadowkeep on Steam right now, even as they wait to migrate their Battle.net accounts. The pre-order bonus pack includes Two-Tailed Fox Exotic Rocket Launcher, as well as an exclusive Hive-themed Ornament. Both will be available when Shadowkeep releases.

This isn’t the first time Bungie has found itself liberated from a major publisher. In 2007, it split from Microsoft while relinquishing all rights to the Halo franchise. However, Microsoft did retain a minority stake in the developer. Then, in April 2010, Bungie first announced its publishing agreement with Activision Blizzard. This agreement allowed it to retain all rights to the Destiny franchise, even after the expiration of the 10-year partnership. Now, this partnership is coming to an end a little early, and Bungie is finally taking Destiny 2 out of Activision Blizzard’s walled garden into the most popular digital distribution platform.

Are you ready for the move from Battle.net to Steam? Will you miss the Blizzard launcher, or do you think the migration is long overdue? Leave your comments below and tell us what you think!

Break My Body challenges players to not overprescribe