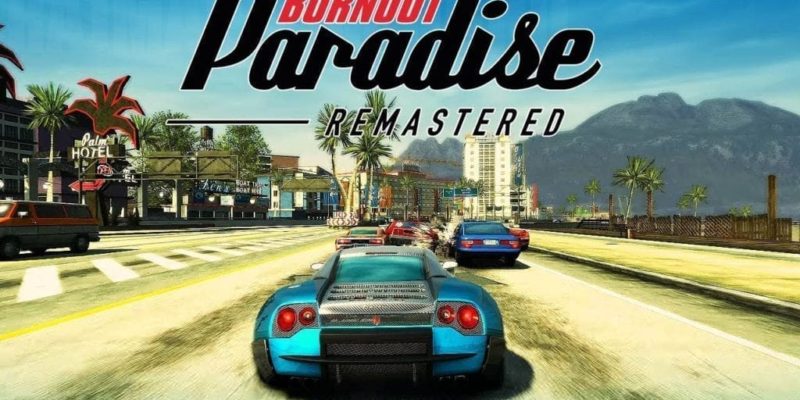 Ten years ago, burners took to the streets, sped down the highways, and crashed their cars in hilarious ways. That was Burnout Paradise, and it was considered one of the best games in the Burnout franchise. And so it comes as no surprise that Criterion Games looked to reinvigorate the interest of fans by releasing the game for a new audience via Origin — Burnout Paradise Remastered.

The PC edition of Burnout Paradise Remastered is now available on Origin Access and Premier, and will be available for the rest of you Burners to buy on August 21st!

This fine-tuned remastered version will support up to 60 frames per second and 4K monitors. It will also have almost all the DLC such as Cops and Robbers, Big Surf Island, and Burnout Bikes. The only thing that’s missing is the Time Savers Pack which allows players to unlock every vehicle instantly without progression.

Perhaps the biggest news is that, even though we won’t get the Time Savers Pack, we’re getting a money savers package instead. If you already own the original, all you need to do is log on to Origin to get a big 75 percent discount. That’s right, with that discount applied, Burnout Paradise Remastered is just the price of two cups of coffee!

If you can’t remember the Origin key, don’t fret. I remember getting mine from Humble Bundle ages ago when it was included. Surprisingly, under my purchases menu, it still had an old Origin key which I never bothered to use since I installed it via Steam. Apparently, having installed the game on Steam and connecting via Origin still makes you eligible. All it takes is a bit of digging and, if you’ve already made an older purchase, you’re good to go.

Burnout Paradise Remastered is already available for Origin Access and Premier and will be available for all other PC users on August 21. And so if you enjoyed the original, then be sure to grab the remastered version soon. The 75 percent discount will only last until September 21.