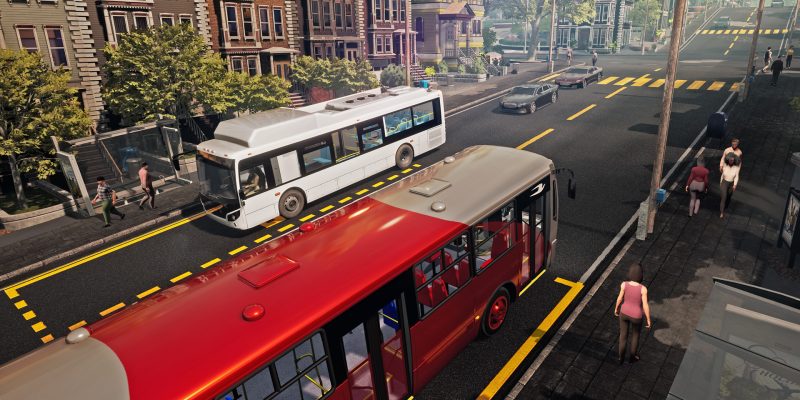 Astragon and Still Alive Studios is preparing to release the next entry in its Bus Simulator franchise, Bus Simulator 21. As the hype train-erm-hype bus continues to roll on, the developers have revealed a trailer for the new multiplayer mode that will be in Bus Simulator 21.

As seen in the trailer, the multiplayer mode in Bus Simulator 21 will allow four players to join up together to plan routes, buy new buses for their fleet, and travel together on their own lines. Players will essentially be able to do everything that they can do in the single-player campaign in the new multiplayer mode. Fortunately, lobbies can be created specifically for your friends and kept private to ensure that progress remains locked and managed by you and your team alone. The headmaster of the team can also grant (or remove) different powers for the players like the abilities to edit routes, buy buses, adjust uniforms, etc.

Bus Simulator 21 will feature cross-gen multiplayer on consoles, though there’s no mention of plans for cross-platform multiplayer between console players and PC. So, at least in the beginning, you’ll have to keep your virtual companies limited to playing with folks on the same platform as you.

More fun in a crowd

Bus Simulator 21 will hit the streets on September 7, 2021 via Steam on PC. It is currently available for wishlisting.