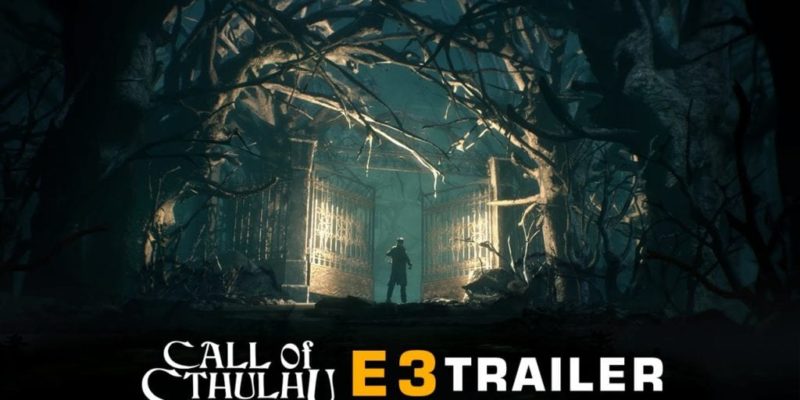 Call of Cthulhu is an “RPG-investigation” game with stealth mechanics, which doesn’t sound too bad. Dark Corners of the Earth was a stealth-heavy horror shooter, after all, and that was pretty damn good as long as we forget about fighting Dagon with a boat. This trailer also looks fairly promising – slightly iffy voice-acting, but certainly dark and foreboding and with a distinct lack of jumpscares. On the other hand, it’s being developed by Cyanide, and they’ve been known to do bad things to good licenses so I’m a little worried.

Call of Cthulhu has you take the role of a private investigator (of course) in 1920s Boston, investigating the death of Sarah Hawkins and her family on Darkwater Island, which somehow ties into the awakening of Cthulhu (of course). I’m not quite sure who named it Darkwater Island, but judging by the scenery and the horrors within, it’s a pretty apt name. In any case you’ll be battling with your sanity as much as anything else, and trying to figure out whether what you’re seeing is real or a hallucination brought on by the impossible things you witness.

Call of Cthulhu isn’t due out until 2017, so I imagine we’ll be seeing and hearing a lot more about it before then. Fingers crossed that it’ll inspire horror and insanity, and not due to being shit.

Paragon gets massive changes, new hero and draft mode – This changes everything