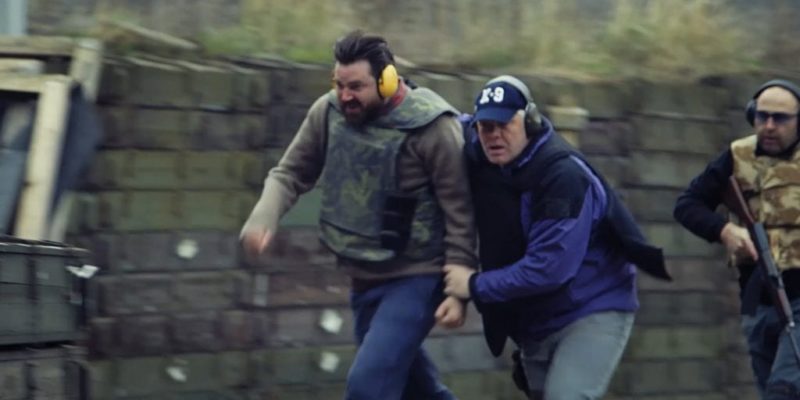 I can’t see this leading to any problems.

Let’s be honest, most teasers for any game are usually a bit crap; so imagine my surprise when this Call of Duty one wasn’t. As you probably know by now, this year’s inevitable Call of Duty entry is being handled by Sledgehammer Games. The rumour is that it’s called Call of Duty: Blacksmith, but until that’s confirmed it’s just Call of Duty 2014.

Anyway, this installment looks like it’s going to be all about the wacky and not at all terrifying world of Private Military Companies (PMCs.) Those are the lovely chaps who get hired out to the highest bidder to perform unregulated operations in war zones. What could possibly go wrong? I don’t know, maybe ask Blackwater.

Interestingly, this Call of Duty (and Vice Magazine) teaser video explores PMCs as maybe not being such a great thing, and while it’s kind of bombastic at times (omg, what if the PMCs all go rogue!) does provide a modicum of ethical insight. Those are not words I’d normally associate with Call of Duty, so that’s a nice surprise.

The trailer for the actual game is said to appear on 4 May, and in the meantime you can look at this page with lots of squiggly lines on it.

Pixel Press Floors Allows You to Draw Your Own Video Game