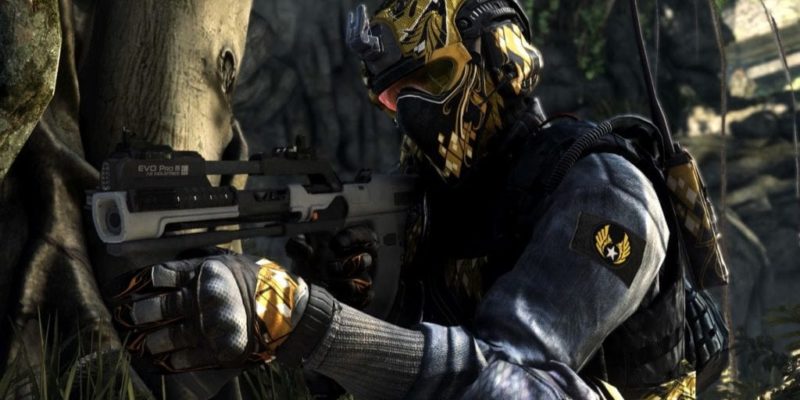 Call of Duty: Ghosts’ curious co-opting of 1980s pop culture is set to continue, as the official trailer for the Devastation DLC confirms the previously teased presence of the Predator in this upcoming release. It’s upcoming somewhat faster if you own an Xbox One, but us PC users will get it about a month after that 3 April release date.

The video doesn’t really give any clues about how players will go about playing as Predator (assuming you can do that,) but if he’s anything like the playable Michael Myers from the last DLC then getting inside his skin (ew) will involve completing Field Orders. Myers’ appearance was limited to the Fog map, and it seems like Predator will just be lurking about the Ruins one included in Devastation.

That new map is coming alongside three others: Behemoth, Collision and Unearthed. There’ll also be a new gun included called The Ripper. Plus, of course, another chapter in the Extinction co-op mode.

See all of that business in the trailer, below. As well as the “blink and he’ll cloak and then eat you” cameo from Mr. Predator himself.