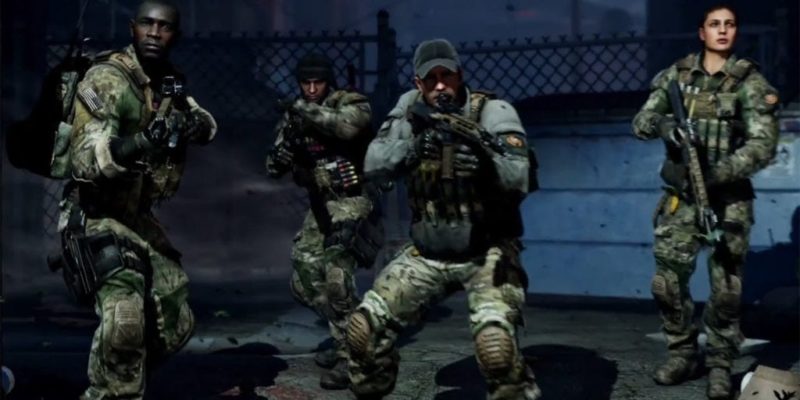 I suppose it’s just about possible these aliens have come in peace?

For the 9,000-10,000 people Steam says are still playing Call of Duty: Ghosts on PC, here’s some news about the Onslaught DLC. You might want to sit down for this one. Okay. It’s going to be released almost exactly one month after the timed exclusive Xbox 360 version. Shocking, I know.

So, 27 February is when you’ll theoretically be able to get your Onslaught on. You’ve probably had its contents shoved down your neck for the past few weeks already, but just in case you missed the advertising blitz, here is what the add-on has in it.

A gun! What would Call of Duty be without guns, eh? Just a lot of people running around and occasionally stabbing one another. Onslaught gives people and Assault/Sniper combo weapon thing called the Maverick. Maybe it can also “buzz” the “tower.” Who knows.

Onslaught will be on sale as a stand-alone purchase for £12.00 GBP, but if you own the Season Pass then it’s already included in that cost.

The Wolf Among Us Episode 2 Review