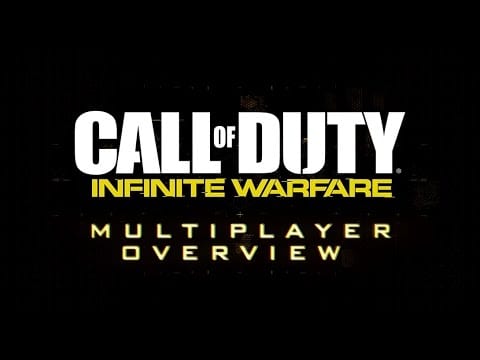 It was Call of Duty: Infinite Warfare multiplayer reveal day today, and as a result there are a couple of new videos showing the game in motion. They both deal with multiplayer (obviously), but do so in slightly different ways.

You can opt for your traditional, cinematic style videogame trailer, complete with Prodigy soundtrack. Or you can watch a longer, narrated ‘overview’ of the game’s multiplayer mode. This includes details of three of the six ‘Rigs’ available in Call of Duty: Infinite Warfare, as well as stuff about load-outs, maps, mobility, and so on.

There is, of course, a multiplayer beta on the way. PS4 apparently get it first (on 14 October), so expect the PC beta a little after that date. In addition, Activision announced that Call of Duty: Modern Warfare Remastered (still only available with a pre-order of Infinite Warfare for the time being) will be getting 16 of the game’s original multiplayer maps.

Ten of those maps will be in at launch, with another six appearing in December for no extra cost. Here’s your trailer choice.