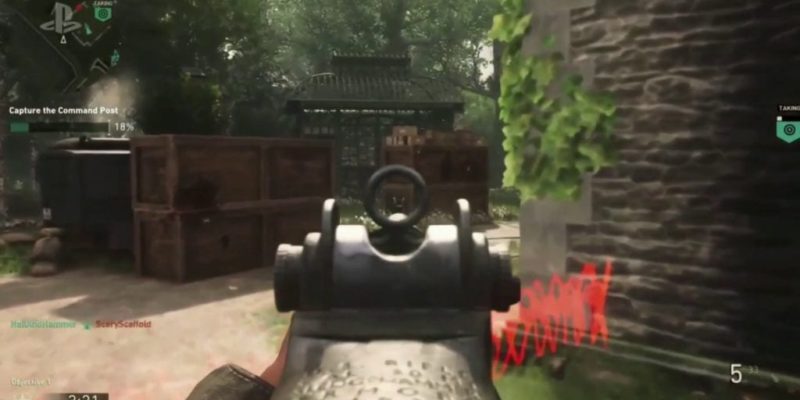 A little more footage from Call of Duty’s multiplayer, split across the Ardennes map and the new War mode. Earlier today Sledgehammer released ‘fly-throughs’ of a pair of multiplayer maps, and this video shows some actual gameplay on one of those.

Throughout, there’s a bit of discussion about the single player campaign, whether multiplayer will head to the Eastern front, and the new War mode. Sledgehammer also talk a bit about the WW2 weaponry in the game, and make an intriguing comparison to Dead Space when touching on the zombies mode.

Call of Duty: WW2 will be out on 3 November. See the video, below. It’s from a PlayStation stream, so it’s undoubtedly running on a PS4 rather than a PC (I know, I know, sorry).