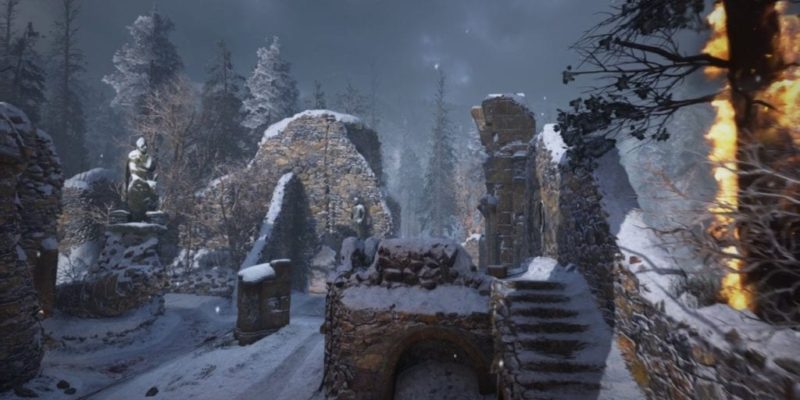 After yesterday’s two minute look at multiplayer in Call of Duty: WW2, Sledgehammer have released a couple of map fly-through videos. They show the battlefield at Ardennes and Pointe Du Hoc, respectively. There’s also a third video demonstrating the sort of briefing you can expect in the new ‘War’ mode.

Ardennes is a snow covered area, set during the Battle of the Bulge. Players will fight around a ruined German encampment, on a map suited for short and medium range engagements.

Pointe Du Hoc, meanwhile, looks like it’s set in what remains of a coastal fortress. It’s a landing point during D-Day (so it’s a bit of a mess), and is comprised of bunkers and trenches for close-quarters combat.

Pre-ordering Call of Duty: WW2 grants access to a “private beta” (which starts on 25 August on PS4, and at an as yet unknown, but later, date on PC) and a Premium Gear Pack for each of the five new Divisions in the game. It’ll be out on 3 November. Here are the three new videos.