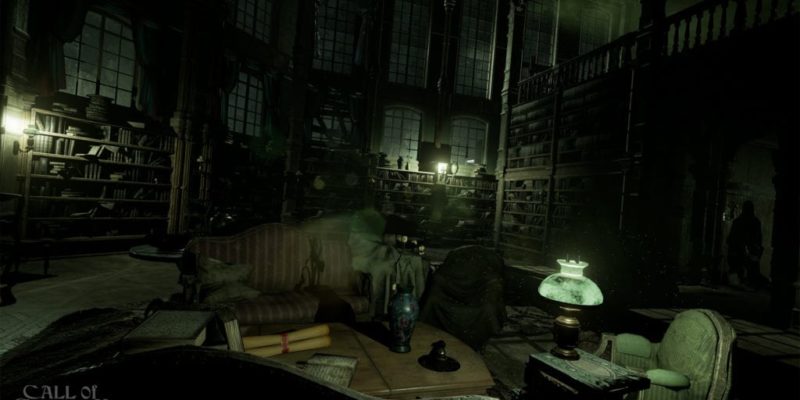 Call of Cthulhu, the Lovecraftian title initially announced during 2014, now has a few more details regarding its development. The project is slated for a 2017 release, and appears to have seen development change hands from Frogwares to Cyanide.

Frogwares, of course, are best known for their Sherlock Holmes series; one of which (Sherlock Holmes: The Awakened) actually delved into the Lovecraft mythos. So they seemed like a good fit at the time. Some kind of internal rearranging of intentions has obviously gone on at publisher Focus Home Interactive, though, because Frogwares are currently concentrating on Sherlock Holmes: The Devil’s Daughter instead.

[Edit]: Interestingly, Frogwares have posted images from their “Lovecraft game” as recently as December 2015, so unless that was abruptly cancelled they are actually still making one too.

After long silent, some pics of our Lovecraft game. And for those who are wondering, all is ok: The stars are right) pic.twitter.com/CiJC4uznNi

What seems to have happened here is that Frogwares and Focus Home Interactive have parted ways (Devil’s Daughter is being published by Bigben instead), but Focus have retained the Call of Cthulhu license. That’s now been given to Cyanide to do something with, while Frogwares continue work on a Lovecraft game under a different (unannounced) title.

In short, then: two possible Lovecraft games in the works.

Focus say “Cyanide has been wanting to make a Call of Cthulhu adaptation for years. They now hold all the cards to create a game that will please fans of the Cthulhu mythos,” which sounds like this is very much a separate, new project.

This particular title is being billed as “an RPG-Investigation game with psychological horror and stealth mechanics, set in a deeply immersive world.” You’ll be investigating the death of an acclaimed artist and her family; events overshadowed by much darker things.

Frozenbyte: “We failed our fans with Trine 3”