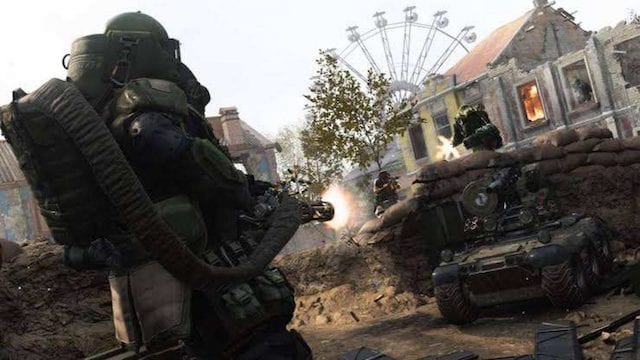 To no one’s surprise, we’re getting a new Call of Duty this year. However, the real question is, “Who’s working on it?” During the company’s Q4 Investor Call earlier today, Activision confirmed that the long-running first-person shooting franchise will get a new game this year. Alas, it stopped just short of confirming who will develop it, according to Charlie Intel.

There are a handful of developers working on the Call of Duty franchise at the moment. Along with chief developers Infinity Ward, Treyarch, and Sledgehammer Games, we’ve also seen Raven, Beenox, and High Moon Studios lend a hand. So, honestly, it’s anyone’s guess.

In the past, Activision had a preset schedule of developers handling its franchise across a three-year basis. For instance, Treyarch released Black Ops 4 in 2018. Infinity Ward followed suit with the best-selling Modern Warfare in 2019. So that means it’s Sledgehammer’s turn, right?

That should be the case. However, the team wasn’t mentioned during the conference call. Additionally, there had been rumors that Activision lost confidence in Sledgehammer after its previous work on Call of Duty 2020 was “a mess.”

That said, Activision pushed the release anyway during the call. It noted that the latest game is “generating high interest internally” and “we feel great about the content.” That’s about all the publisher would say.

As for when players will discover what the new game is — and who could possibly be behind it — they’ll have to wait. Usually, details for the new Call of Duty game surface sometime around the beginning of the summer, around late May or early June. There’s no word if the publisher will do that again, but that’ll likely be the case when it comes to building up hype.

In the meantime, Modern Warfare continues to perform abundantly well for the publisher, selling millions of copies on PC and consoles. And with more content on the way, it’s likely to thrive for some time.