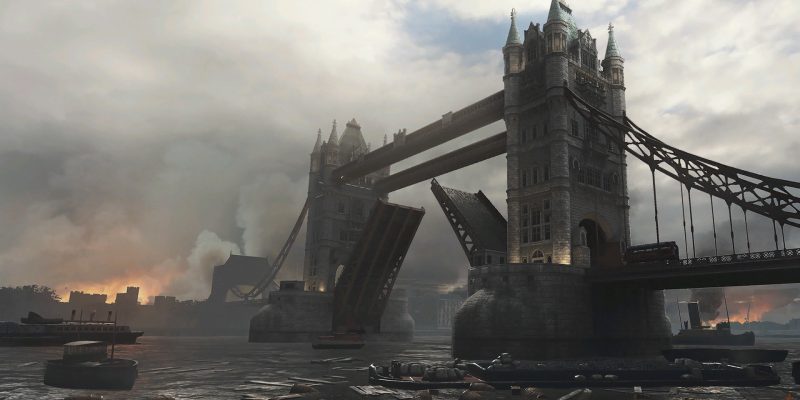 Although we are halfway through the year, Activision has not given anything away surrounding the next Call of Duty title. Officially, all we know is that Sledgehammer Games is developing the upcoming title. However, thanks to some leaks, fans have some hints as for what to expect. Rumors have already circulated that players will allegedly go back to World War II. Additionally, the game is supposedly titled Call of Duty: WWII Vanguard. Now, a new leak suggests a fan favorite map will return to Call of Duty 2021, further solidifying the World War II theme.

Call of Duty leaker TheMW2Ghost shared the details of classic maps that could be in the works for the 2021 release. According to the leak, the London Docks map could make a return. London Docks first debuted in Call of Duty: WWII and it has not featured in any other Call of Duty title since. Unfortunately, the fan favorite map could not be in the game at launch. TheMW2Ghost states that it may not arrive until the first or second DLC. It is unknown if the new London Docks will stay the same with a visual overhaul. It could be subjected to some slight tweaks for the new title.

More familiar maps could be added to Call of Duty 2021

There will reportedly also be a WWII version of a popular map from an iconic Call of Duty title. At the time of writing, it is unknown what the map could be. Hopefully it is not yet another version of the Nuketown map.

For now, the Call of Duty 2021 map leak should be taken with a pinch of salt. Nothing can be confirmed without an announcement from Activision or Sledgehammer Games. With that being said, players should not have to wait too long to find out more from the developers.

How to remove alien parasites in Fortnite Season 7