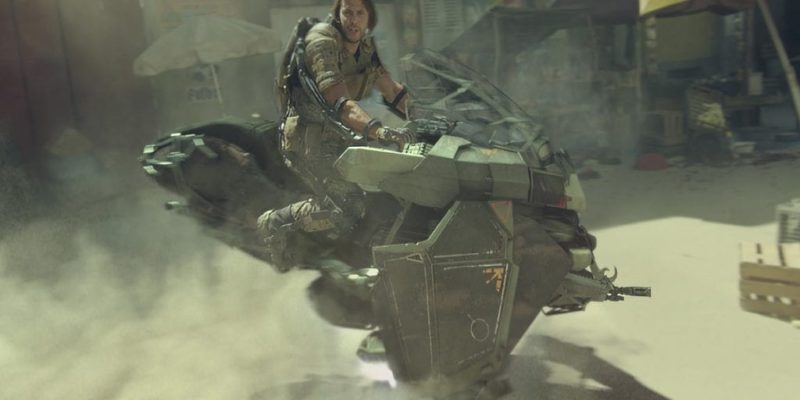 Everyone and their Call of Duty-playing mother has probably heard about this by now, but a leaked video from Advanced Warfare has confirmed a zombie mode. Several retailers have apparently broken the street date for the game, resulting in the inevitable leaks.

The relevant video clip is being taken down from YouTube whenever it appears, and the DailyMotion link I viewed it at is also now dead. In the video, a soldier is rescued by helicopter from a base overrun by zombies; some of whom are operating the jet-pack styled exo suits.

Here’s a gif from NeoGaf showing just such a thing happening:

Apparently, this is a mode of play (kind of like Extinction from Ghosts) that can be unlocked in Call of Duty: Advanced Warfare. Or it may be something coming in one of the inevitable Season Pass based DLCs. We’ll find out for sure when Activision rush out a press release to confirm it, or when the game comes out on 4 November.

Will we see zombie Kevin Spacey? Probably not.

Activision is unlikely to take this one down for copyright reasons since it’s one of theirs, so here it is.

Valkyria Chronicles appears on PC with all DLC, 11 November