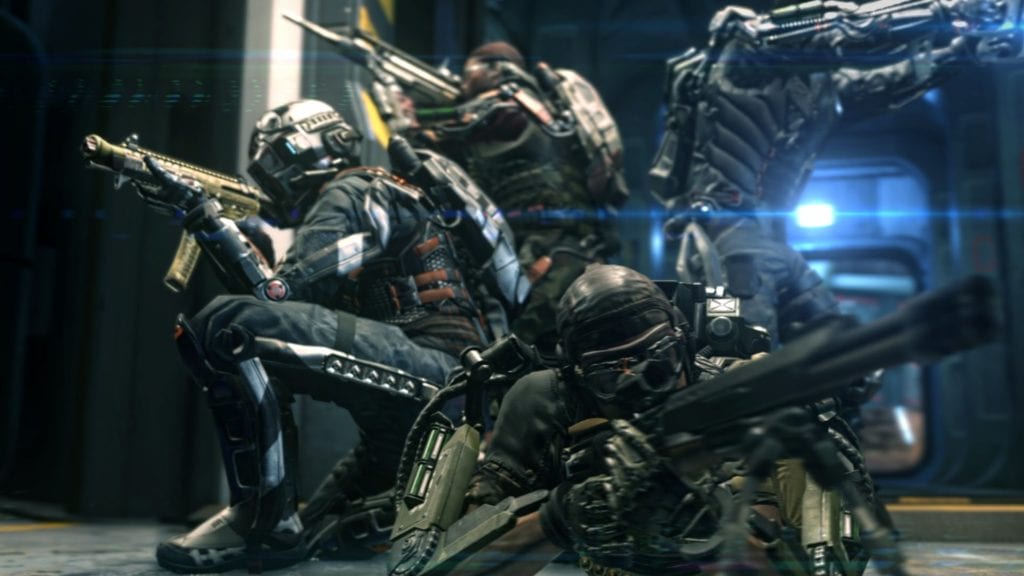 This sneaky Call of Duty: Advanced Warfare trailer has hidden the most significant part at the half-way mark of the video, as if to catch out viewers who can’t be arsed to watch the whole thing. Well, Activision, I’m not falling for your little trap!

From around the half-way point, you get a look at the Exosurvival co-op mode, which looks like it pits four future solider men against various waves of enemies, drones, mech-suit chaps and so on. You know how this sort of thing works, it’s been in almost every multiplayer-heavy game for the past decade or so.

The Advanced Warfare trailer also treats you to some somewhat ludicrous press quotes for a game that isn’t actually out yet (so they probably haven’t played it outside of short preview events.) Now, this isn’t entirely the fault of the publications. On the rare occasions bits of my stuff have been used in trailers or on boxes it’s always a bit embarrassing to see how much they read like hyperbole when removed from all context.

So when it this video shows you an amalgamation of “the most PROFOUND and TRANSCENDENTAL Call of Duty experience EVER CREATED BY MAN,” it’s safe to assume it came from an article which also had a few sentences to balance out that guff. At least, you’d hope so.

Call of Duty: Advanced Warfare is coming to PC on 4 November, except in Japan where it’s 13 November for some reason.