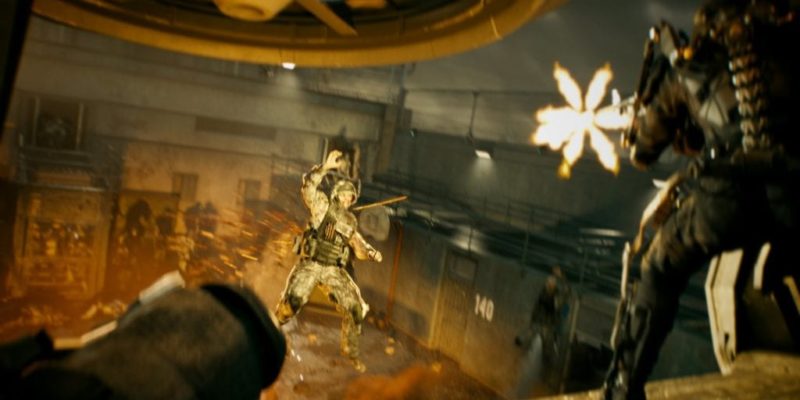 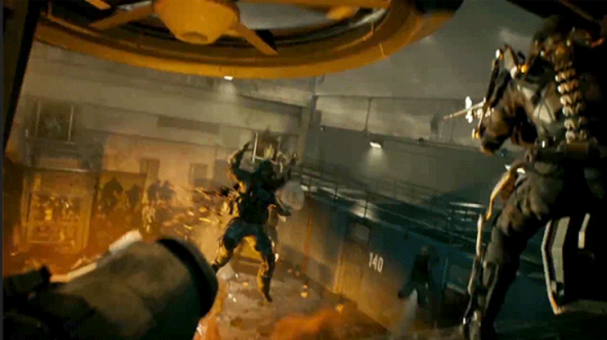 This screengrab is from the earlier leak, but considering the blur and shakycam, it’s actually about as high quality as the ones I tried to grab from the trailer itself.

The leaked Exo Zombies mode for Call of Duty: Advanced Warfare will be coming in 2015, according to this new trailer.

According to this trailer, the “first chapter” of Exo Zombies will be part of the Havoc DLC, which is the first of four DLC packs for Advanced Warfare. As ever, you can either buy it singly or as part of a Season Pass, with the Season Pass apparently working out to being about a tenner cheaper than buying all four DLC packs separately.

Do note that this is a very Xbox-centric trailer, though. You’ll see mention that Season Pass holders get early access to the AE4-Widowmaker energy rifle, but you may miss the part that says “on Xbox”. Alas, we poor PC users get no such bonuses. On the other hand, if that’s the sort of thing that would convince you to buy the Season Pass then you’ve probably already bought the Season Pass, so…

The Havoc DLC won’t be arriving until 2015, which is when you can start shooting some super-zombies in the face. As such, I guess you’ve got some time to decide how you want to pick it up, if at all.

Assassin’s Creed: Unity Dead Kings DLC will be free for everybody

DayZ claims it will be out of Early Access in 2016