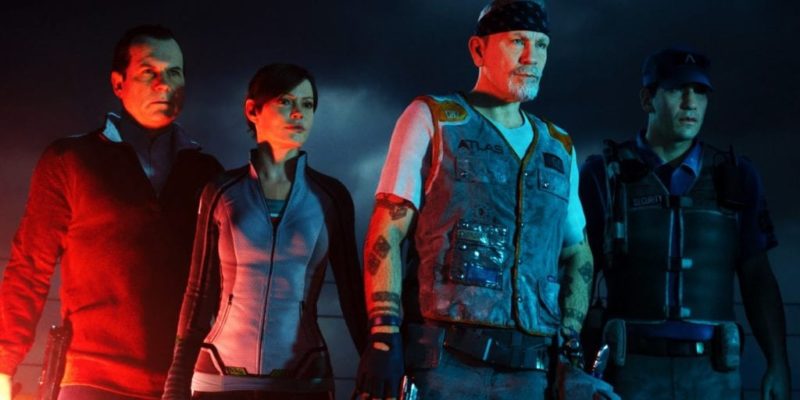 In an announcement that should surprise precisely nobody, Call of Duty: Advanced Warfare’s Havoc DLC will be coming to the PC one month after the Xbox One date. The reason this should surprise nobody is because this is what happens every single time.

If you’re interested in Havoc, it’ll be appearing/available (depending on whether you’ve already shelled out on some kind of Season Pass) from 26 February.

I’m sure everybody knows what this DLC has in it by now, but, just in case you don’t, it has the following maps: Core (set in the Gobi desert,) Urban (a “future mega-structure” called Dallas Ward 3 that sounds a bit Judge Dredd-ey,) Sideshow (an abandoned Inn in Wyoming,) and Drift (a Rocky Mountains ski resort.)

You also get the Exo Zombies co-op mode featuring the celebrity talents of John Malkovich, Bill Paxton, Rose McGowan and Jon Bernthal. In Exo Zombies, a DNA Bioweapon has done what DNA Bioweapons do and spawned a bunch of ravenous mutants in a secret research facility.

Havoc is, inevitably, just one of the four DLC packs planned for Call of Duty: Advanced Warfare. You can buy them in a bundle, or (as they’re sequentially released) as stand alone purchases.