Call of Duty: Advanced Warfare has apparently unlocked on PC in certain regions of the world (like New Zealand,) which has resulting in the inevitable trickle of in-game screenshots, streaming and other footage. NeoGaf has the PC graphics settings menus up for all to enjoy; screencaps which appear to have originated from here.

Let’s have a look at them, then. 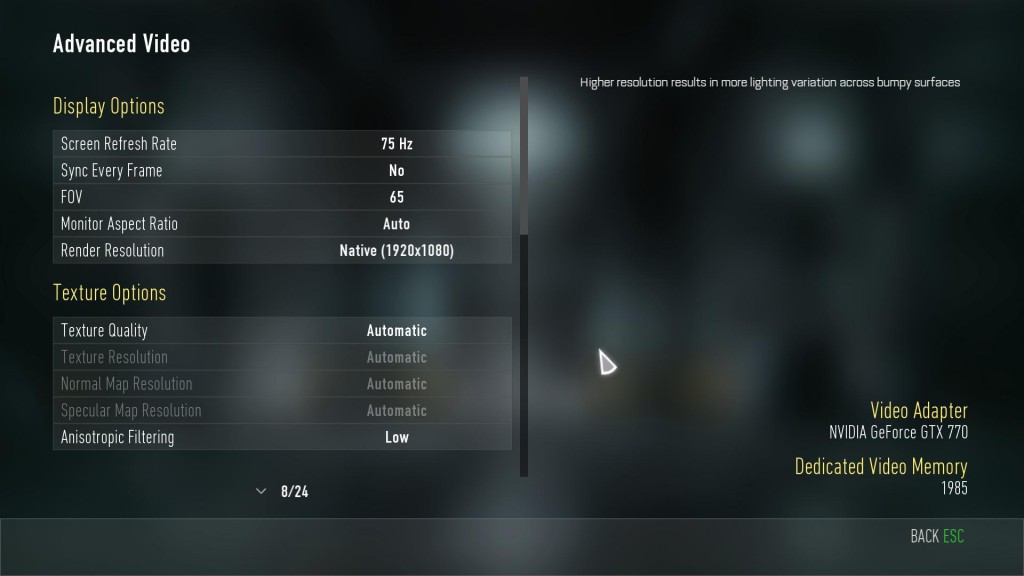 There’s that fabled FOV slider. Actually not a slider, but still a native option – which is a step up from Call of Duty: Ghosts. It goes up to 90, but the bad news is it reportedly only applies in multiplayer. Single player’s FOV is locked at a low rate (probably something awful like 65,) so that’ll presumably need a mod.

‘Monitor Aspect Ratio’ is a nice toggle to have. Some PC games manage to screw that up. 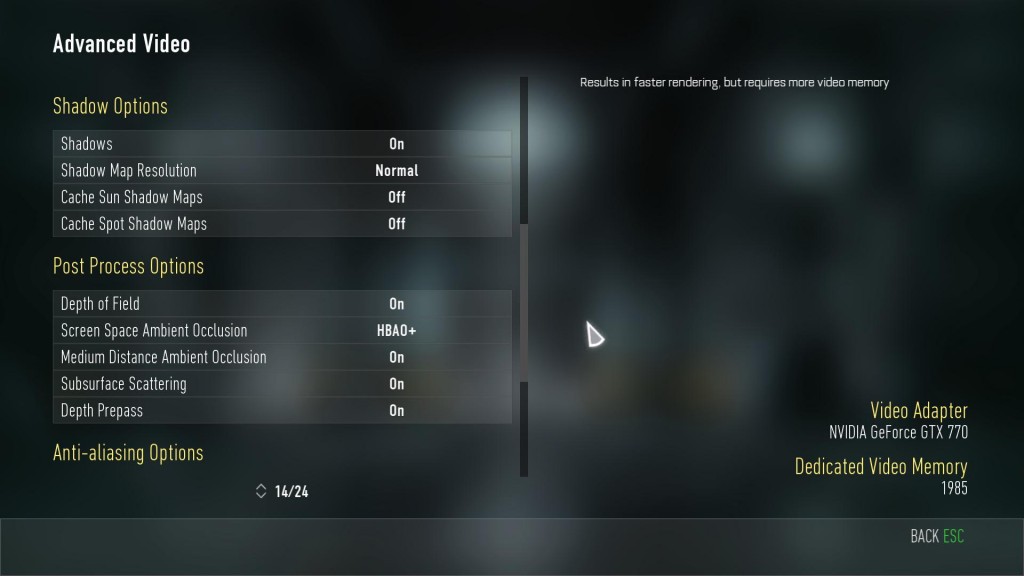 In this section we have some exotic options like ‘Cache Sun Shadow Maps.’ I don’t know what that really means, but switching it on (along with the Spot Shadow option) has been making the in-game textures look terrible for some people. So it presumably needs a whole lot of PC juice in order to cache those, or the option isn’t quite working right.

If Advanced Warfare looks all muddy and rubbish like the shot below, it seems like you should probably switch the Sun Shadow/Spot Shadow toggles to off. I don’t know for sure, I don’t have the game, but that’s what people are saying. 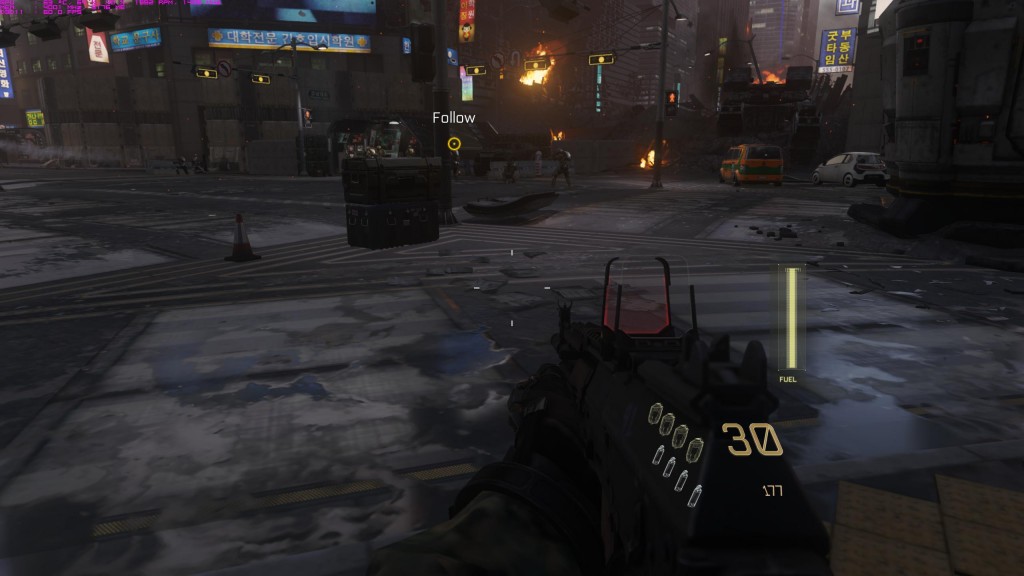 If it looks like this, try switching off the Sun/Spot Shadow thing.

Moving on to the third segment of Advanced Warfare’s PC graphics options. 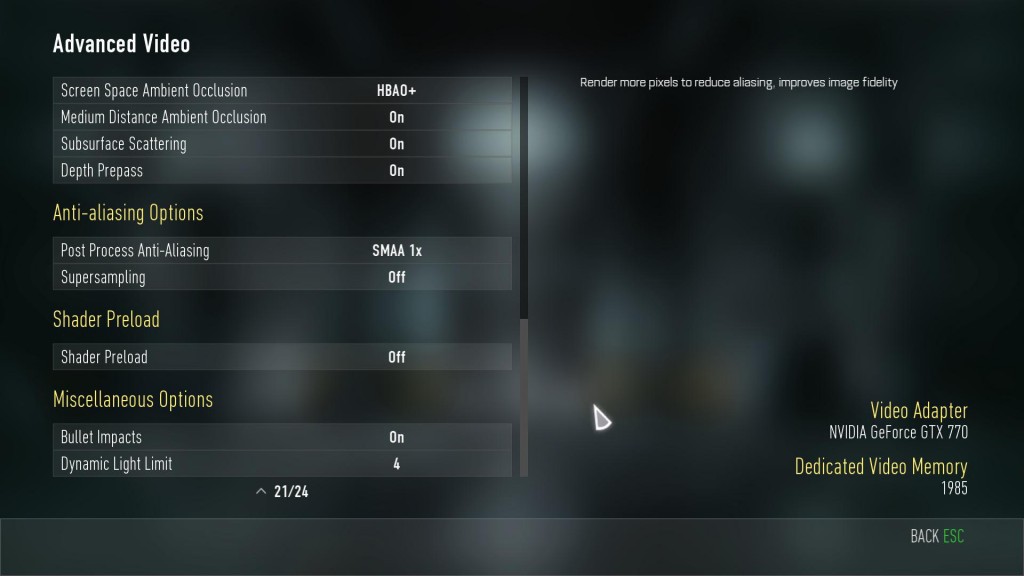 Anti-aliasing and various ‘Miscellaneous.’ Not bad at all.

A few other items brought up by people on the NeoGaf thread include word that (of course) there’s no server browser in the PC version. Controller support is native, and comes with an aim assist.

You can see a few screenshots taken from in-game by user ricochetguro, here. They include the one below. Call of Duty: Advanced Warfare should be out everywhere by 4 November. 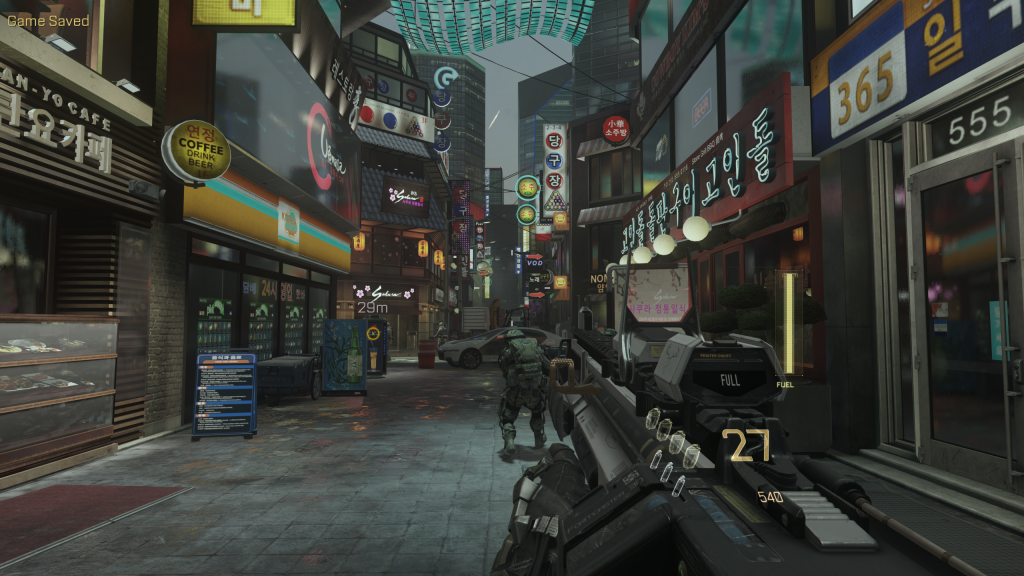 Following a guy, in Call of Duty? Surely not.

Want an Evolve “Big Alpha” code? We have a few spare