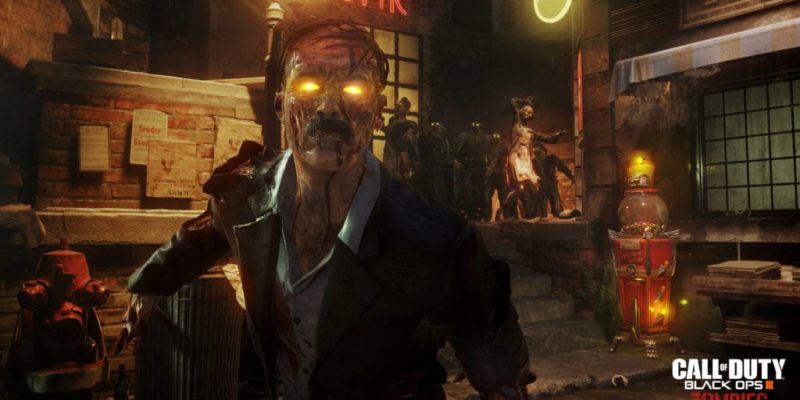 This ‘Shadows of Evil’ mode was revealed at San Diego’s ever-blossoming ComicCon event. The famous folks will star as the Magician, the Boxer, the Femme-Fatale, the Cop, and the “mysterious Shadow Man” respectively, in a jazzy 1940s world of neon glitz, swinging Rat Pack songs, and grotesque zombies.

It would probably count as film noir, except noir doesn’t normally have a body count in the hundreds or weird tentacle beasts.

According to Treyarch studio head Mark Lamia, Shadows of Evil will have a narrative that’s “appropriately twisted and deep.” There’s not a whole lot in the way of specifics, though the aforementioned tentacle beasts shown in the video (below) would suggest that there’s more going on here than just zombies.

Here’s the Call of Duty: Black Ops 3 Zombies trailer, plus a couple of screenshots.

In related Call of Duty: Black Ops 3 news, the ComicCon panel announced that the game will be available in a $200 ‘Juggernog’ edition, which features … a functioning mini-fridge. While this is undoubtedly a further sign of special retail editions disappearing up their own rear ends, a working mini-fridge is at least more useful than a figurine.

Gaze upon this $200 monstrosity (or click it for a larger version.) 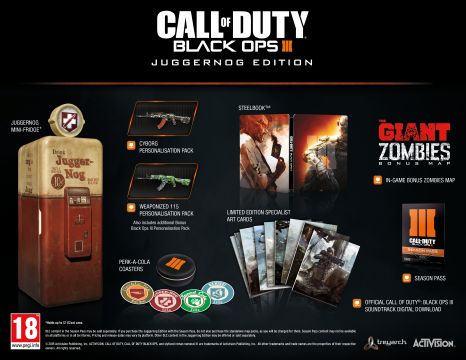 Maquisard’s Got The Wes Anderson Style Down Pat