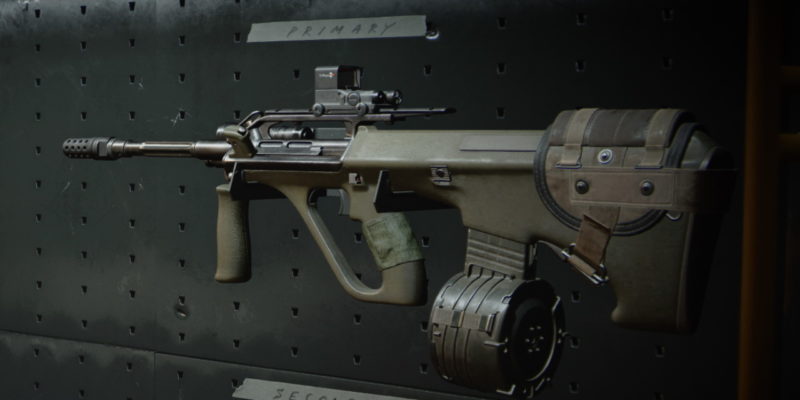 Competitive burst rifles are back in full force in the latest Call of Duty. Black Ops Cold War sees both the M16 and AUG perform similar statistically, with both being amongst the best guns in the game. The main difference is that the AUG has a slightly faster burst delay but less accurate spread within each burst. This makes it a better choice up close but less effective at longer ranges.

Much like the M16, when building an AUG the Gunfighter wildcard is your best friend. While powerful, the default AUG comes with a lot of problems so you’ll need all eight attachment slots available to fix them. Also, as a quick tip, I recommend leveling the AUG up in Hardcore game modes at least until you have some decent attachments. The stock AUG can be difficult to use in regular playlists due to its clunky default scope. 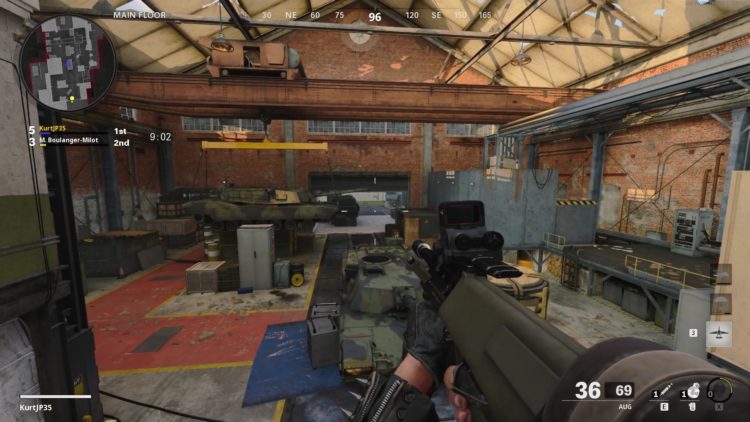 In practice, the AUG in Black Ops Cold War is a slower-paced, precision rifle. Regardless of what attachments you put on it, this isn’t going to change. If you want to run and gun, then consider using either the MP5, Milano, or AK-74u instead. Because of this, you should be building your AUG specifically to pick enemies off at medium range. If you manage to one burst an enemy you’ll get a very competitive time to kill of just 140 ms.

As always your choice of optic is widely personal preference. I’d stray away from anything about 1.5x magnification but otherwise, it doesn’t matter too much. I really like the Hawksmoor though as its rectangular shape is less obstructive than the circular Millstop Reflex or Kobra Red Dot. 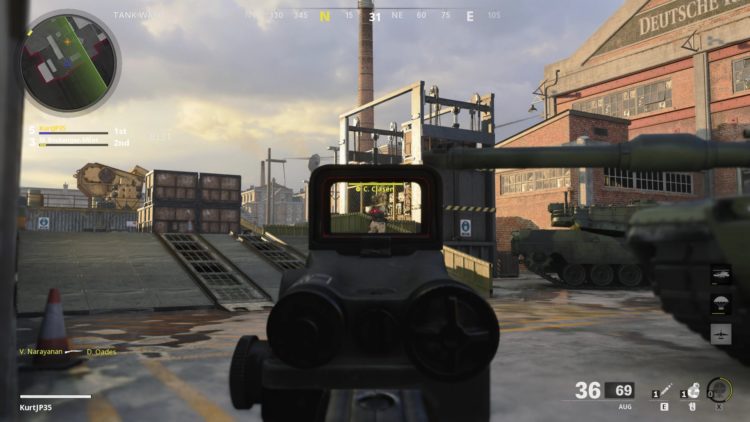 Be sure to aim in for every shot you take. Hip-firing with the AUG, or any burst weapon for that matter, isn’t a good idea.

The 19.8″ Task Force barrel is a necessity due to how Black Ops Cold War heavily restricts its gun’s bullet travel speed. Without this attachment, you’ll have a seriously tough time hitting your target from far away. Also, having a faster bullet velocity makes it more likely that your whole burst will land onto a moving target. This does come with a nasty recoil penalty though so we opt for the Infantry Compensator muzzle to make up for that.

I’d usually recommend the Steady Aim Laser for the body slot, but recent testing has made me realize the Tiger Team Spotlight is a real contender. When equipped, it allows you to see enemies through bushes, makes enemy nameplates more visible, and shows a red dot above any nearby enemies. This is great in a game like Black Ops Cold War where the visibility isn’t always great. 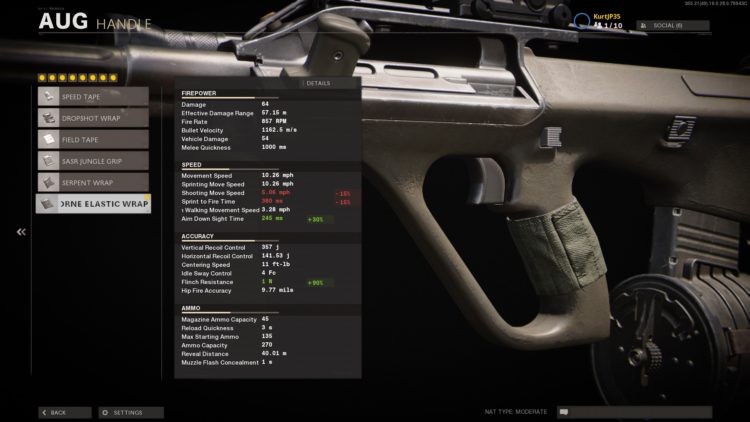 Without attachments, the AUG is hard to use but when leveled up it becomes one of the most dominant guns in Black Ops Cold War.

To further reduce recoil you’ll want to use the Field Agent Foregrip. The reduced shooting move speed is practically a nonfactor with the AUG as it’s not an overly mobile gun anyway. Also, I’d recommend using the 45 Rnd Drum for your magazine slot as it provides a larger magazine and extra ammo with no drawbacks.

All of those heavy recoil-reducing attachments do leave the AUG a little sluggish. To compensate for this you’ll want both the Airborne Elastic Wrap and CQB Stock. The flinch resistance is negligible but having your aim down sights time cut by a whole 105 ms is extremely useful. The Airborne Elastic Wrap also lets you drop shot, making your movement a little less predictable. Finally, the CQB Stock cuts down your sprint to fire time by 30%. This makes it easier to play more aggressively when needed.

By Lauren Sayles6 mins ago
Guides