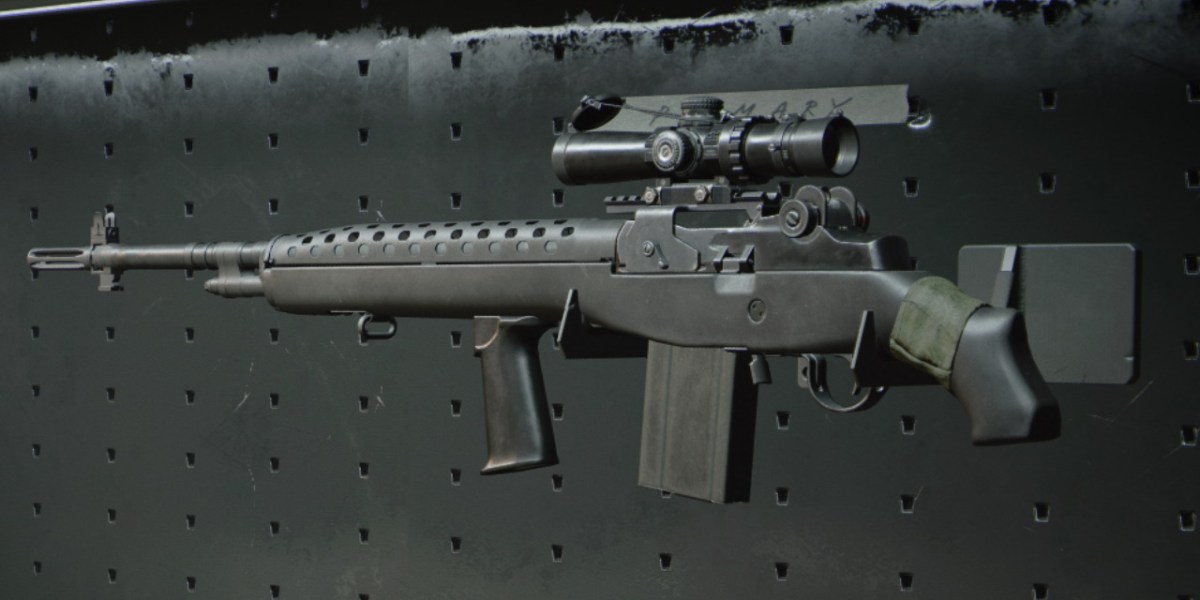 If you were a fan of the prime FAL in Call of Duty: Modern Warfare then you’re probably disappointed with the Type 63. Although not a terrible gun in its own right, as tactical rifles go it leaves a lot to be desired. Perhaps most noticeable is its subpar fire rate which often leaves you outgunned at both close and medium ranges against any automatic weapon. However, the Black Ops Cold War DMR 14 might be the alternative you’ve been looking for.

Based on the real-life M14, the DMR 14 is a semi-auto designated marksman rifle. When compared to the Type 63, the DMR 14 has a better fire rate, aim down sights (ADS) speed, and bullet velocity. These three stats are key, as they combine to result in an objectively superior time to kill. And in a game where 50 ms can be the difference between living and dying, optimizing your time to kill is essential.

At first glance, this Frankensteinian creation doesn’t look much like a sniper rifle or a designated marksman rifle. The choice to run No Stock alongside a heavy barrel and sniper scope may seem unusual. However, with the DMR 14’s outstanding handling characteristics, this build is viable. With the Airborne Elastic Wrap equipped, this build can aim down sights in just 227 ms. That’s about as fast as most of the fully kitted-out assault rifles.

The Hangman RF sniper scope is a great choice as, unlike in Modern Warfare, optics have zero impact on ADS speed in Black Ops Cold War. What you’re effectively left with is a snappy medium-range DMR with a high magnification sight for hitting those required precision shots. After all, much like the Type 63, the DMR 14 benefits greatly from headshots. Mixing a headshot in with a body shot will give you a two-shot kill and a time to kill of just 150 ms. Assuming you require a third shot, that will still net you a competitive time to kill of 300 ms. 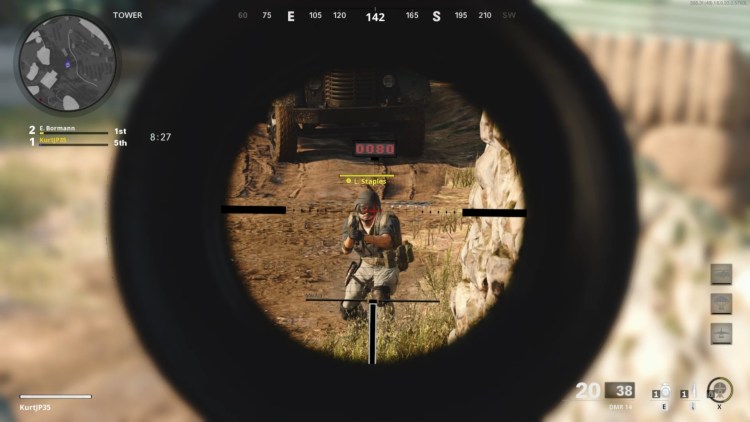 I really like the 20.8″ Task Force barrel for a couple of reasons. Mostly, it’s the 50% increase to bullet velocity that I find hard to pass on. With a post-attachment velocity of 1,050 m/s, this DMR 14 build feels like a hitscan weapon. You can land shots well in excess of 100 m without having to account for bullet travel or bullet drop. This partners well with the 20.8″ Task Forces’ doubled effective range, which means you can hit the DMR 14’s maximum damage of 72 all the way up to 102 m. That distance is longer than any sightline you will find outside of Dirty Bomb and Warzone.

The Field Agent Foregrip is necessary due to the recoil penalty provided by the 20.8″ Task Force barrel. If you don’t pick an appropriate attachment to counteract that penalty then hitting shots at longer ranges becomes very difficult. It’s basically impossible to accurately spam fire the DMR 14 beyond 40m without the Field Agent Foregrip. Even though its recoil pattern is predictable, it does still kick a lot once you reach its capped 400 rounds per minute fire rate. 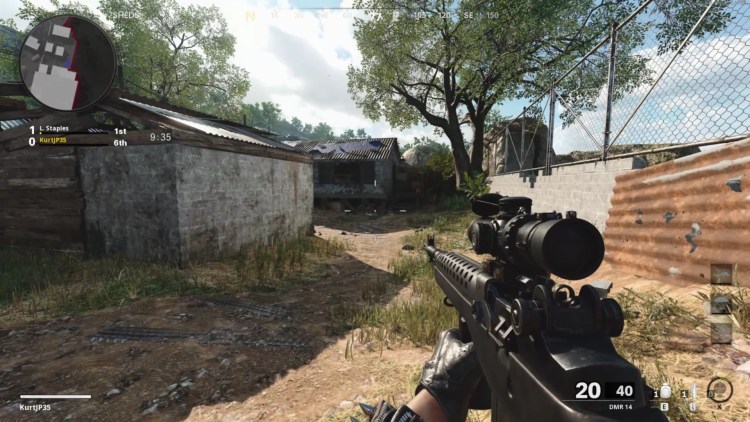 Unsurprisingly, the DMR 14 benefits greatly from the Airborne Elastic Wrap attachment much like every other primary in Black Ops Cold War. A straight 30% reduction in aim down sights speed is far too good to not use. And even if the flinch resistance doesn’t do too much and the ability to drop shot doesn’t help the DMR 14 either, having an ADS time of just 227 ms on a DMR is insane. It’d be foolish to not include this on just about any DMR 14 build.

Since this build is intended to work with both aggressive and passive playstyles, the 15% penalty to sprint to fire speed given by the Airborne Elastic Wrap is not ideal. For this reason, we opt into the No Stock attachment which gives a best in slot 30% improvement to sprint to fire speed. The only downside is a slight decrease in hip-fire accuracy but you shouldn’t be hip firing with the DMR 14 anyway. Its hip fire spread is wildly inaccurate and up close it’ll usually lose to just about any shotgun or SMG regardless of how you build it.

By Jason Rodriguez22 mins ago
Guides