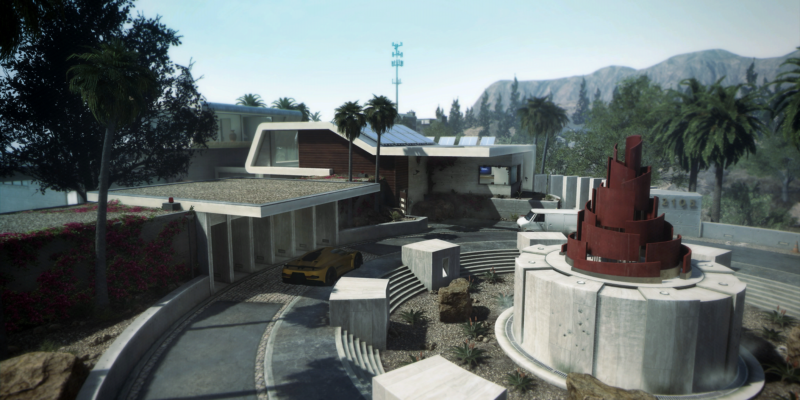 The Call of Duty franchise has accumulated numerous iconic maps over the years. Call of Duty: Black Ops Cold War saw the return of the Nuketown map. Most recently, leaks showed that Nuketown would be getting a Christmas makeover ahead of the festive season. Supposedly, this will be a dark version of the map, highly decorated with Christmas lights, wreaths, and tinsel. Now, the return of another iconic map has been leaked. If you are familiar with Call of Duty: Black Ops 2, you will almost certainly remember the map, Raid.

The original Raid map was popular as any weapon category was viable due to its distinctive design. Also, you could maximize your kills in many ways by gaining height advantage, going on various flanks, and more. The map was versatile for various game modes, too. The map was seen to be preferred in a multitude of game modes such as search and destroy and domination.

According to dataminers, a file was discovered named S1_map_raid_tu_cairo. Understandably, this has led to the community to believe it is the Raid map. The leak, accompanied by an image of the map appears identical to the original version. However, the potential Call of Duty: Black Ops Cold War version has a red car, whereas the original car was yellow. Apart from that, it appears that players will be able to relive the nostalgia that this map will provide.

The addition of Raid in Black Ops Cold War would be a huge hit!

The information gathered does not confirm that Raid will make its highly anticipated return. Currently, Activision is yet to comment on the leak. The release of Nuketown ’84 was a success among fans and Raid is likely to have the same response. Perhaps, we will find out more when Season 1 of Call of Duty: Black Ops Cold War begins on December 10.