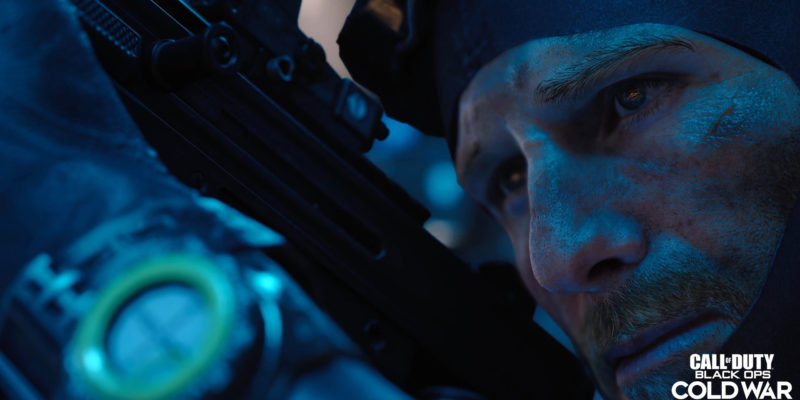 The Call of Duty: Black Ops Cold War alpha took place this weekend. Even though it was only available on PlayStation 4, it is likely that you at least saw some gameplay if you’ve been interested in it. The alpha contained the same maps which featured in the multiplayer reveal and there were some familiar weapons and game modes. Specifically though, you may have noticed that the sniper rifles in Call of Duty: Black Ops Cold War appeared to be too powerful. Snipers can be tricky weapons to balance in any first person shooter title. However, Treyarch developer Tony Flame confirmed that they will undergo some changes in time for the beta.

Currently, Call of Duty: Black Ops Cold War snipers have an extremely fast aim-down-sight speed. Also, they deal a lot of damage, making them both fast and powerful. In a tweet, Tony Flame explained that the overpowered sniper rifles were an intentional feature of the alpha. The tweet explained that snipers were buffed to allow the developers to evaluate how they would perform. In addition, he stated that players should expect sniper rifles to be more balanced in the beta.

Crossplay is coming, but we knew it wouldn't be in Alpha. We buffed Snipers to evaluate their performance in this Alpha specifically. Sniper Rifles WILL have balance changes for the upcoming Beta based on our analytics data this weekend.

How much will change before the beta?

As well as this, Flame informed fans that developers already made improvements to key features since the alpha. This includes improvements to weapons, movement, and more. It will be interesting to see how much has changed when the beta rolls out. Naturally, the launch performance of sniper rifles in Call of Duty: Black Ops Cold War be of interest to many. PC players can access the beta on Battle.net by pre-ordering the game. Alternately, you can play the open beta which is set to begin on October 17. Also, it is expected that more content will be available in the beta such as new game modes. The full game will be available come November 13.