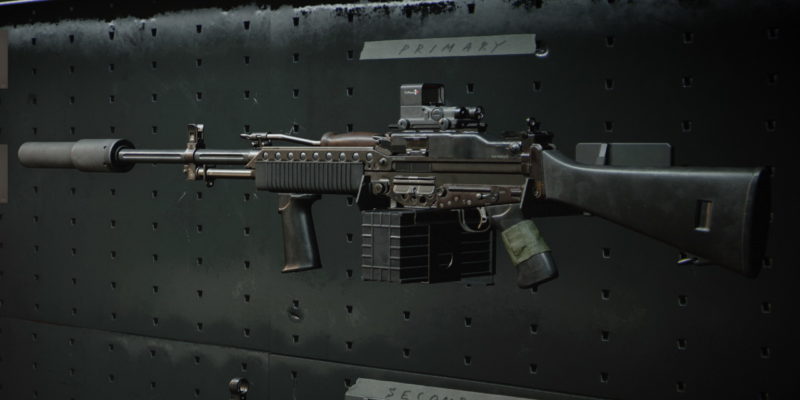 Light machine guns in Black Ops Cold War probably aren’t going to be overly popular this year. Unfortunately, Treyarch hasn’t gifted them with particularly great handling, making them difficult to use outside of slower-paced game modes like Search & Destroy. Regardless, my testing with the first LMG Black Ops Cold War has to offer, the Stoner 63, has confirmed one thing. These heavyweights absolutely shred through just about everything.

The raw DPS, accuracy, and range of Cold War‘s LMGs mean that they’re not particularly versatile, but they’re devastating in the right situation. Given that, this build has been optimized for a slower, pre-aim-centric play style. Honestly, if you’re looking to rush and jump around corners, opt for an SMG or assault rifle instead. There’s just no way to make the Stoner 63 a good primary for more aggressive playstyles. 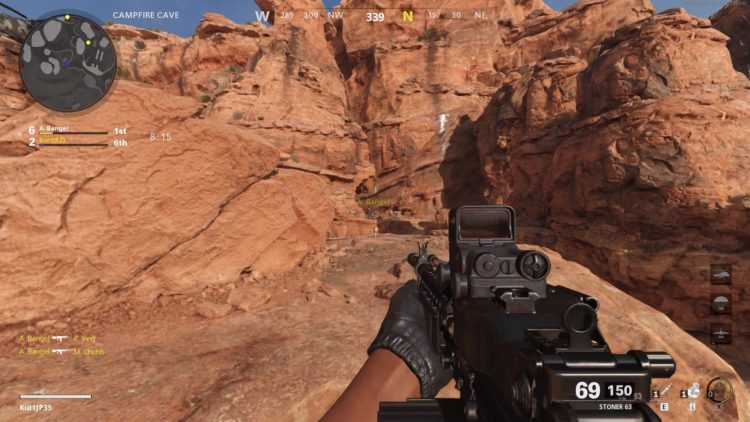 This build excels in scenarios where you can play a little slower and pre-aim power positions and popular flanking routes. Its major flaw is that once you have to move it becomes very difficult to outshoot meta guns like the MP5 and M16. For this reason, I recommend running the Lawbreaker wildcard with a more appropriate close range secondary to switch to. Equally, the Gung-Ho perk is very useful here for quickly switching between weapons in the heat of battle.

As always optic is widely personal preference but I find the Hawksmoor is probably the best overall option. Its 1.37x magnification provides a good level of zoom for counter sniping whilst not feeling awkward to use in mid-range gunfights. I’d stray away from higher zoom sights but some alternatives like the Visiontech 2x and AN/PVS-4 Thermal can work well. 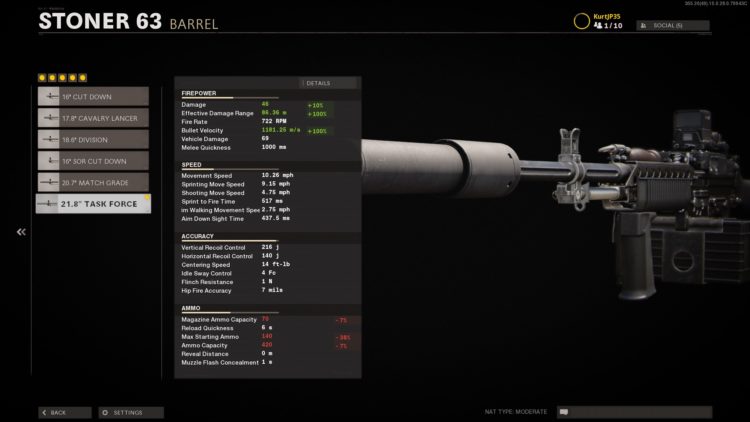 This build’s incredible bullet velocity makes the Stoner 63 feel like a hitscan weapon. In a game like Black Ops Cold War where hit detection can be troublesome, that’s a big deal.

Usually, I wouldn’t recommend using the Agency Suppressor as high bullet velocity is a must in Black Ops Cold War. However, the Stoner 63 has both a very high base bullet velocity and the perfect attachment to counteract this. Therefore there’s little reason to not want a muzzle that not only keeps you off the map but helps this LMG eliminate some of its recoil.

The attachment in question is the 21.8″ Task Force barrel. This beauty is arguably the best attachment available as it doubles our damage fall off values and our bullet velocity. This makes the Black Ops Cold War Stoner 63 absolutely deadly at long range. The 10% damage boost provided is relevant here as it makes a three-shot kill possible if you mix a headshot in. At that point, you’re looking at a time to kill of just 166 ms. 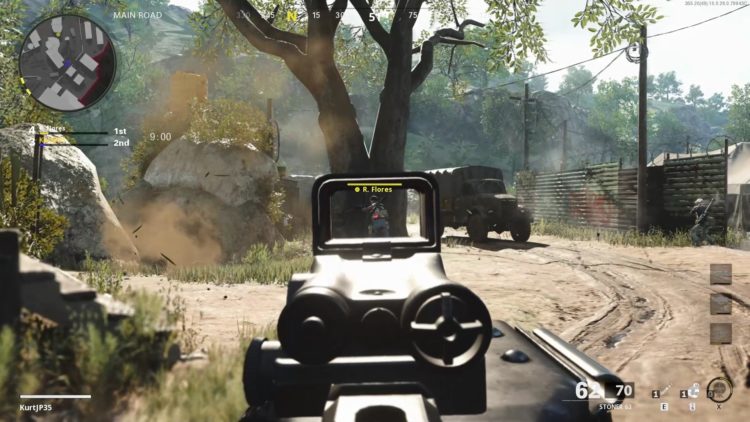 It can be difficult to get into the right positions to use this thing. However, once there almost nothing that can outgun the Stoner.

Moving onto underbarrels, you’ll definitely want the Field Agent Grip equipped. This will drastically cut down on recoil and, when combined with the Agency Suppressor, it makes the Stoner 63’s recoil extremely easy to predict. I suspect controller players in particular will get a lot of value out of this build as you don’t need to compensate for any recoil. Just aim at your enemy’s upper torso and you’ll shred anyone who dares get in your way.

Finally, the Airborne Elastic Wrap is what makes Black Ops Cold War‘s LMGs just about usable. Without any aim down sight focused attachments, the Stoner 63 takes a painful 625 ms to aim in. For context, the stock HDR sniper rifle on Modern Warfare took just 617 ms to aim in. The worst thing is that you don’t unlock the Airborne Elastic Wrap until weapon level 53. Once you do, it will cut your aim down sights time to a more reasonable 437 ms. But considering you could just throw on an M16, kill just as fast, and hardly have to level it up it’s hard to justify the grind. Given this, I hope that Treyarch rebalances the light machine guns to make them more viable in the future.

By Lauren Sayles32 mins ago
Guides