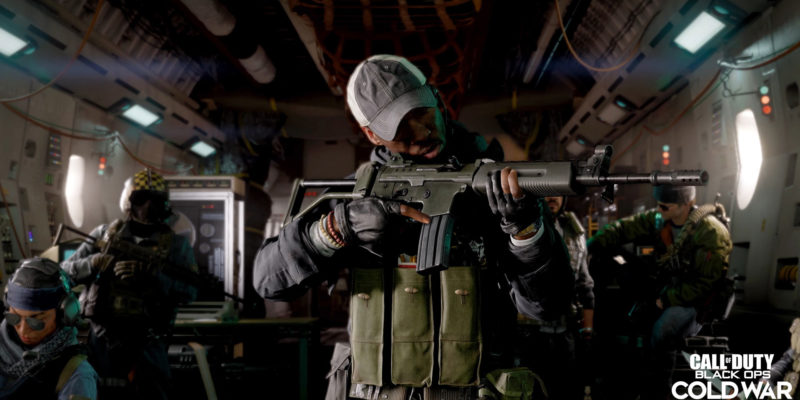 The core of the pack is of course, the two blueprints. There’s a primary weapon one for the M16 assault rifle, and it contains a skin and some otherwise-unlockable attachments. There’s the same deal for the M911 pistol, with both sporting a mixed red and blue tiger skin. The skin cannot be applied to other weapons, much like the blueprint in Modern Warfare 2019‘s Endowment pack.

There’s also a calling card, which matches the weapon camo and contains the Call of Duty Endowment logo. An emblem is included too, showcasing the same logo. A dog tag weapon charm, logo sticker and double xp token round out the content on offer here. The Call of Duty Black Ops Cold War Endowment pack costs $9.99. 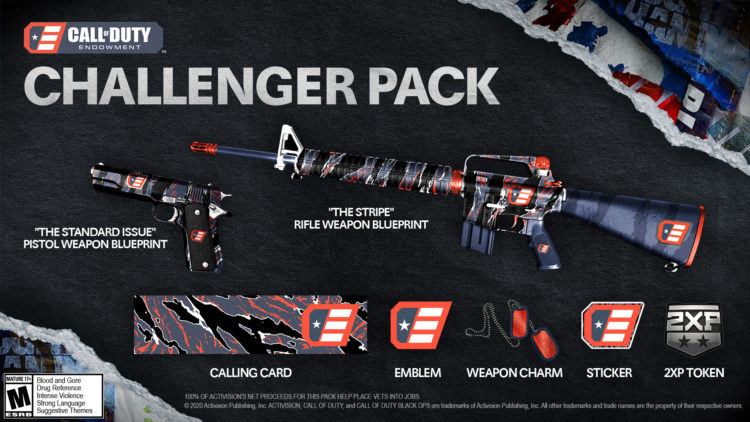 One neat feature with this year’s pack is it benefits from the game’s increased synergy between game modes. Call of Duty Black Ops Cold War introduces a unified progression system, where most content can be carried between multiplayer and zombies. It will all be usable in Warzone too, once the merge happens in December with Black Ops Cold War season one.

For those of you who don’t know, the Call of Duty Endowment initiative is a program that seeks to help veterans find careers after their years of service. It does this by supporting job preparation groups for veterans, and by raising general awareness of veterans needing careers after military service.

To put it bluntly, if you’re going to pick up a microtransaction in Call of Duty, this one would see your money go to a worthy cause. Activision says that net proceeds from sales of the $9.99 pack all go towards the program.