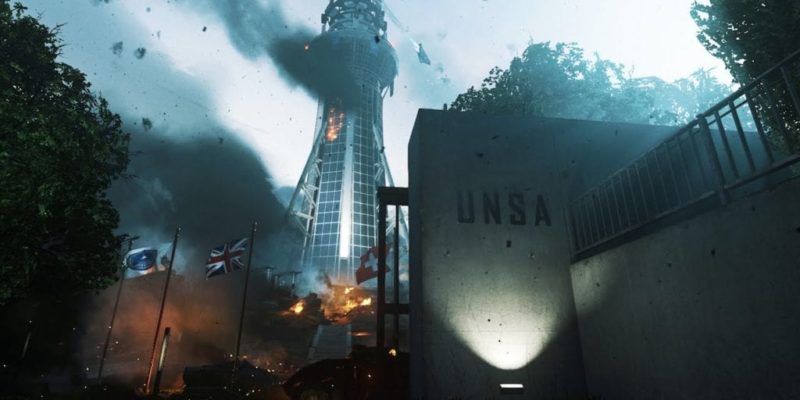 A couple of new Call of Duty Infinite Warfare videos have surfaced this evening showing more of COD in space.

The first video shows footage from the game’s first mission called Black Sky which looks like a typical COD opening mission, running through streets with a squad with stuff blowing up. Yep, the kids are going to love this.

The second video shows the USNA Retribution which will be a player’s home  and central hub for the missions.