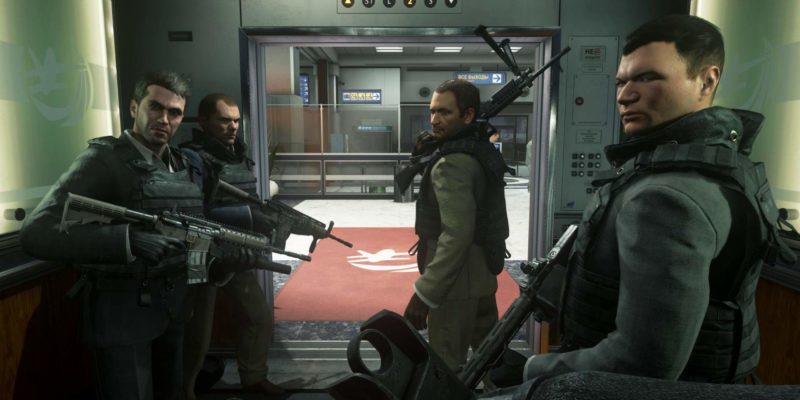 Call of Duty Modern Warfare 2 Campaign Remastered updates what is arguably one of the best games to release in 2009 with modern graphics and gameplay. In addition to having a title that’s quite the mouthful, the game enhances familiar missions with a host of new graphical options that boost realism and gameplay.

Fortunately, despite containing numerous enhancements that range from ambient occlusion to supersampling, the remastered game doesn’t require an especially powerful system to enjoy.

It may be a far cry from the original game, which requires a mere Pentium 4 with 1 GB of memory and an Nvidia GeForce 6600GT to run optimally, but you certainly don’t need a monster of a machine to get into Modern Warfare 2 Campaign Remastered. However, it’s interesting to note that you need about 7x the hard drive space compared to the original. 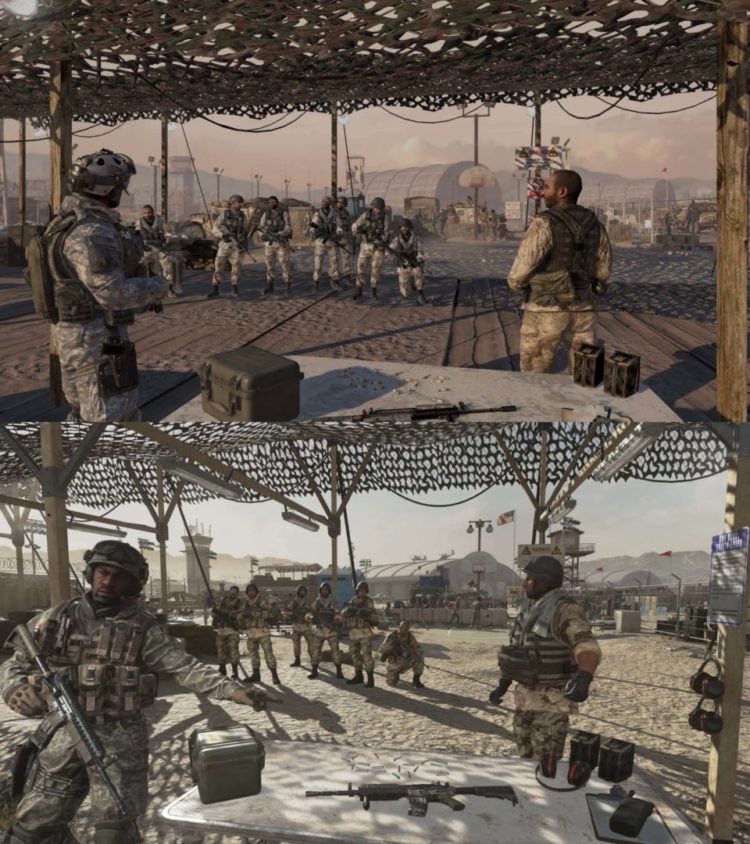 Compared to the original game (above), Call of Duty Modern Warfare 2 Campaign Remastered (below) has both a familiar and renewed look.

Given the relatively low recommended requirements, I wasn’t surprised that the automatic detection dialed almost all the settings to maximum. Nor was I shocked to get an average frame rate of around 135 fps while playing at 2560 x 1440 resolution on my 144 Hz monitor. The game occasionally dipped down to 95 fps and spiked to 160 fps, but these were barely noticeable. Overall, my gameplay experience was liquid smooth with nary a hitch. Dropping the resolution to 1920 x 1080 without any other changes kicked the frame rate up to around 200 fps.

Turning off or dialing down the advanced graphics to a minimum made my frame rates leap to about 270 fps, with 300 fps in some places, at 1440p at the cost of losing a ton of detail. But at that point, it’s almost worthwhile to go back to the original game, which gave me over 400 fps with all its settings maxed out. 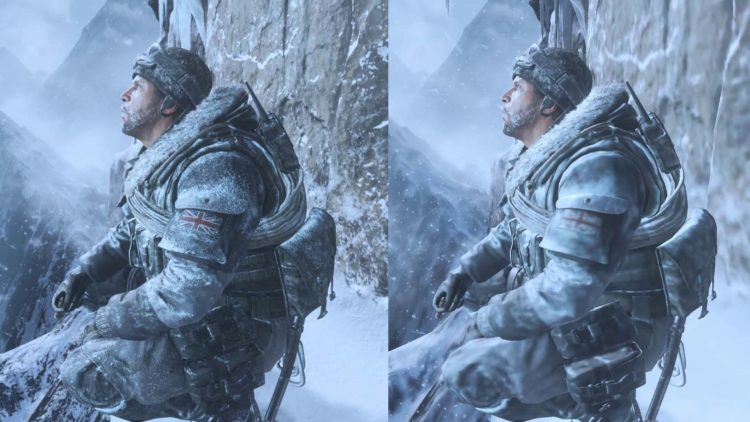 One possible exception is with the load times. I played using a 7200 rpm hard drive, and some levels didn’t finish loading until a few seconds after the cut scenes ended – even when I configured the game to load shaders while the cinematic briefings were playing. But as far as gripes go, this is a pretty minor one given how good the game looks.

Another exception happens when the supersampling, which renders extra pixels to reduce aliasing, comes into play. Turning this feature up to 8x took a massive toll on performance, dropping the game down to around 30 fps. The recommended supersampling rate for me is 2x, but I’m not one who notices those kinds of subtle details. Especially since a good portion of Modern Warfare 2 takes place in dusty, smokey, and foggy environments. 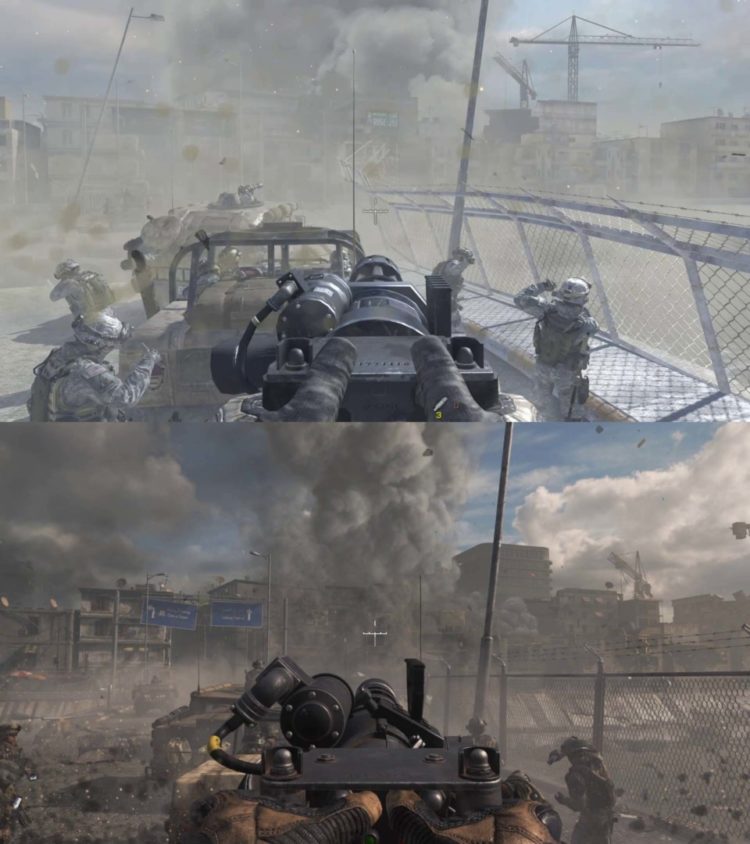 Getting Danger Close with the original (above) and the remastered version (below).

Revisiting the past Modern Warfare

Although the original Modern Warfare 2 looks decent given its age, it doesn’t have much in the way of graphical enhancements. It’s clear, even today, that there wasn’t a lot of consideration given to customizing the look of the PC release. You can’t access the graphics settings from the main menu and can only do so after you’ve started a mission. The options are mostly comprised of a handful of yes or no checkboxes to enhance the lighting, shadows, and texture resolutions, but that’s about it. It’s a stark difference from the remastered version. 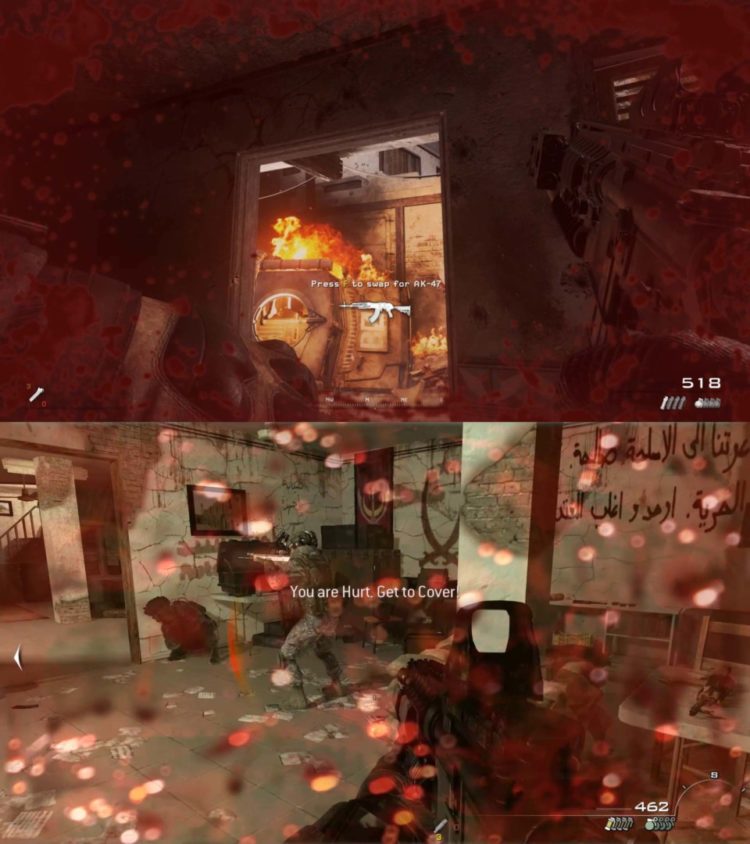 The near-death blood cover in the remastered version (below) looks less like someone splattered red paint around the edges of your screen.

It shouldn’t be much of a surprise that a remastered game looks considerably better than its decade-old counterpart, but the graphical changes are truly stunning. The characters, environments, and weapons have amazingly realistic detail to them thanks to the improved models, textures, lighting, and shadows, but that’s not all. Locations look more filled out with signs and other props. Some of the characters are dressed a little differently and stand in different positions so that you can see their faces more clearly. The firing range at the start of the game looks less like a post-apocalyptic wasteland and more like a garbage dump that you don’t mind chucking grenades at. Then there are subtle differences, like the crisper-looking text and how the HUD has been changed up. My favorite part is the ability to examine weapons to take in their looks and details. 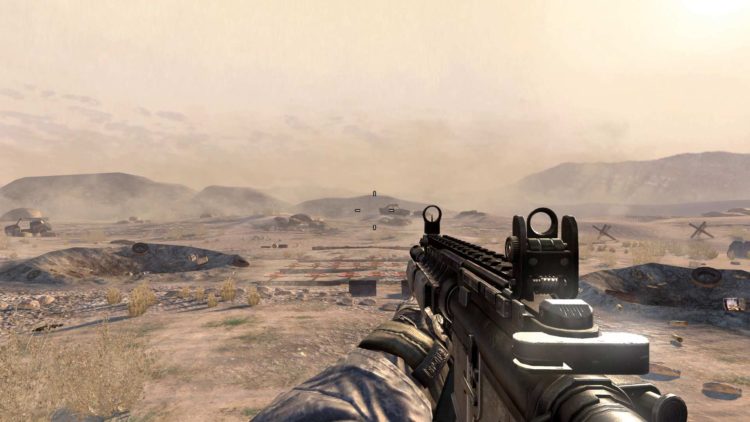 Shooting range from Call of Duty Modern Warfare 2 (2009), which looks like basic training takes place during a sand storm. 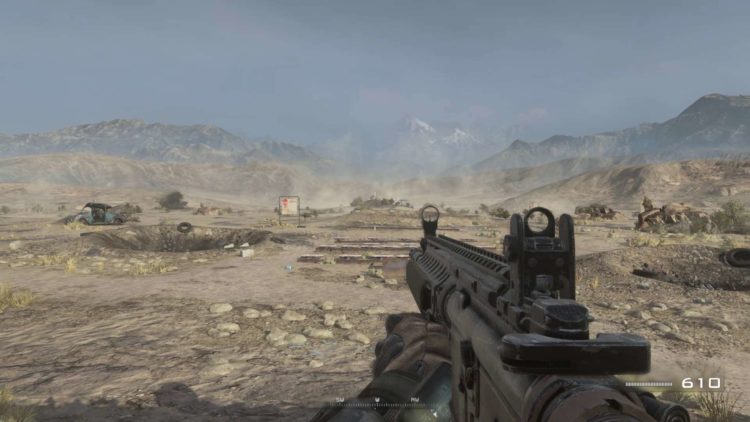 Shooting range from Modern Warfare 2 Campaign Remastered, where you can see blue skies and mountains in the background.

More importantly, certain levels become more playable than the original. For example, having my screen fill with blood splatter and a red tint when taking damage in the original game made it almost impossible to see. And that went double for smokey and dark environments. That’s far less of an issue in the remastered game. The more realistic blizzard fog is denser and more difficult to see through, but that fits into the theme of the level. 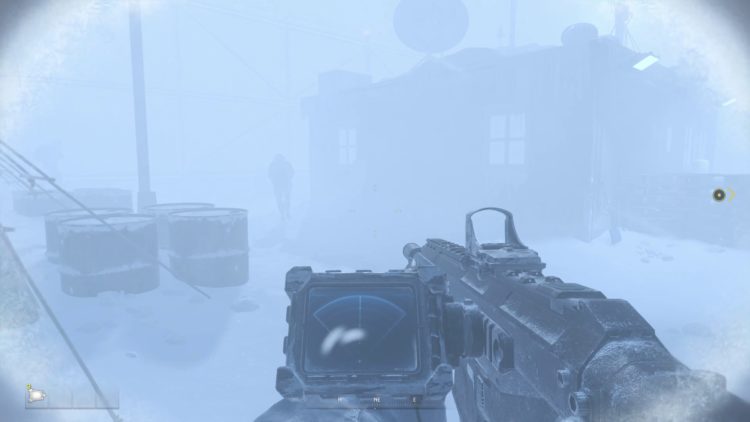 Pay attention to the heartbeat monitor, because improved graphics means it’s harder than ever to see through the blizzard.

Ultimately, that means that the remastered game isn’t just a better-looking game. The improved graphical fidelity makes it a better playing game too. So, it’s not just nostalgia that makes Call of Duty Modern Warfare 2 Campaign Remastered worthwhile. The upgrades, combined with the relatively modest system requirements, make it an experience that both veteran players and newcomers can appreciate. 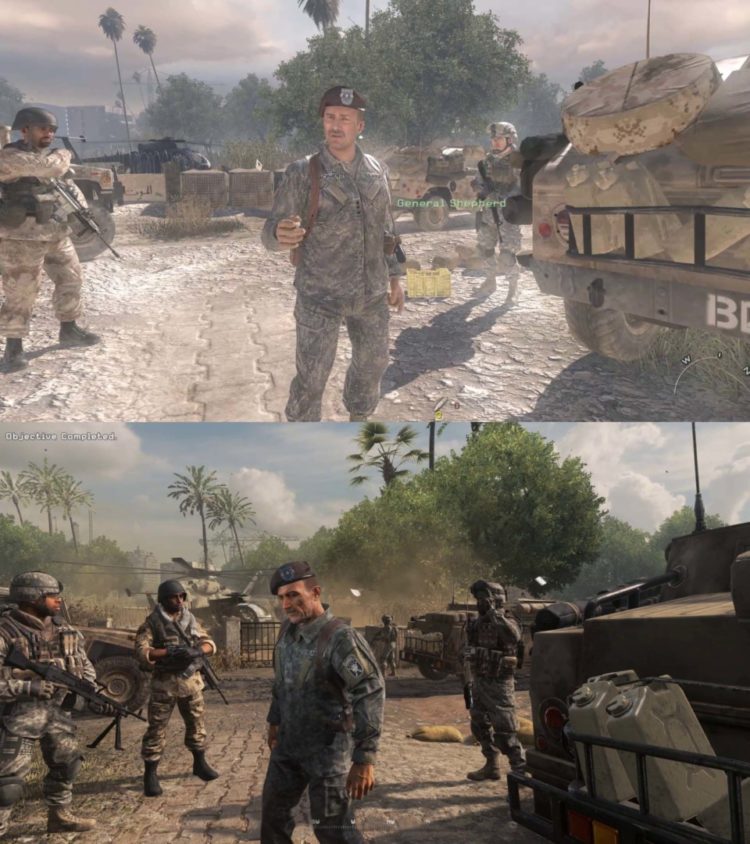 In addition to improving the harsh lighting from the original (above), the remastered edition (below) adds stronger details to the characters and environment.

Call of Duty: Warzone introducing Rambo and other ’80s heroes next week