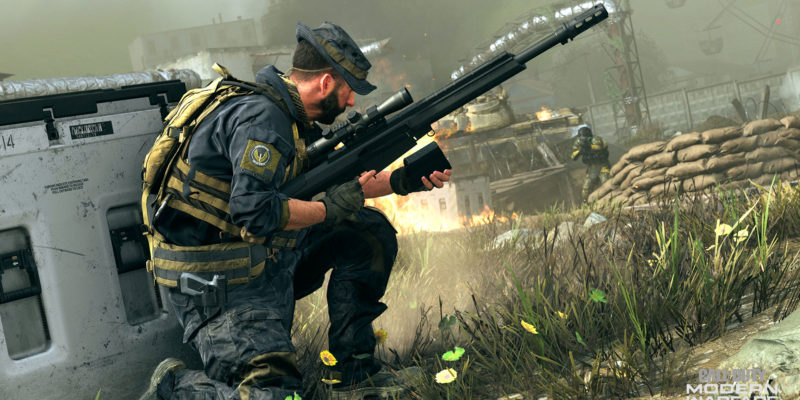 The Call of Duty: Modern Warfare and Warzone Season Four Reloaded update is here, adding an operator, weapons, and more, as well as a hectic 200-player mode to Warzone. The full game additionally gets a new map called Cheshire Park and sees the return of the Team Defender mode.

The 200-player mode in Warzone is the highlight of this update, and Battle Royale Quads means 50 teams of four can battle across Verdansk. But Infinity Ward packed in some additional content. New operator Roze sports a tough and deadly appearance and can be purchased in the store. 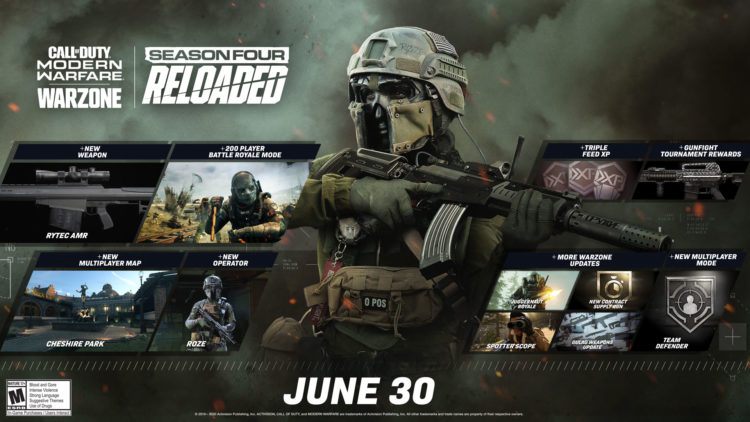 Krueger also has a new skin called The Alchemist that suits him up for hazardous conditions and is part of the Warzone Starter Pack. This starter pack additionally provides 500 COD Points, the Amalgam legendary shotgun blueprint, some XP boosts, and other cosmetic goodies. The Warzone Starter Pack is $4.99. 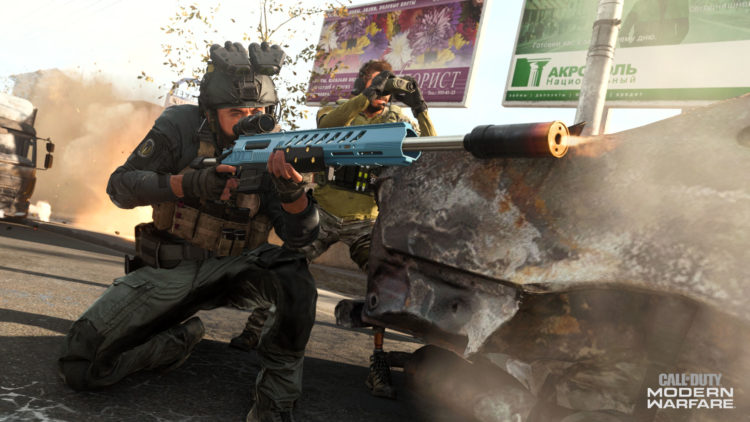 The Rytek AMR is a new semi-automatic sniper that will be invaluable for taking out armored enemies. In addition, the new Spotter Scope doesn’t reveal the user to enemies via lens flare, so you scan the environment and tag enemies without worry.

Infinity Ward also added Supply Run contracts to Verdansk, which will assign a time limit for reaching a nearby Buy Station. Players who reach the destination in time will be rewarded with a discount on all purchases.

Warzone is additionally getting a Juggernaut Royale playlist, which lets one player become the mini-gun-wielding Juggernaut. Players must take out Juggernauts and race to the new care packages to become the next one. 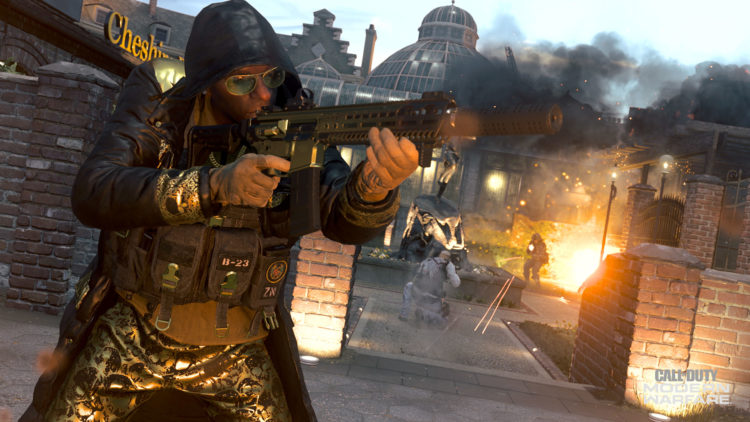 Modern Warfare gets modern in London

The Cheshire Park map in Modern Warfare is situated in urban London. The map features door-to-door CQB action, along with an open central garden area.

Team Defender is returning after a long series absence to Call of Duty: Modern Warfare and offers a spin on Capture the Flag. In this mode, two teams fight for possession of the flag and score points the longer they hold it. However, the enemy team can also score points by killing the enemy flag carrier.

The Season 4 update goes live at 11 p.m. PST, so if you like to game all night, now is the time. The update size will vary from 22-36 GB for owners of the full version of Call of Duty: Modern Warfare. Free-to-play Warzone players can expect a download size of 22-30 GB. Infinity Ward additionally noted that both versions of the update will reduce the game’s overall hard disk usage.

That’s all of the major details for the June 30 update, but the patch notes offer even more information.