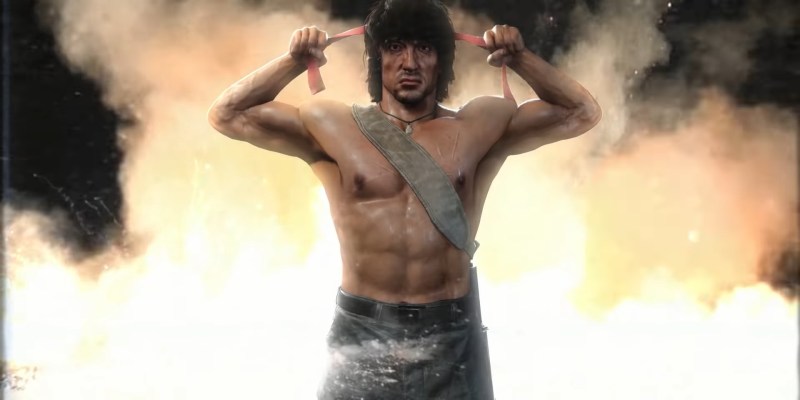 After a week of teases, we finally know just what’s going on with the action hero mashup in Call of Duty. Alongside the Call of Duty Season 3 Reloaded update arriving on May 20, players will be able to pick up two new pieces of DLC for Die Hard and Rambo, with the former including the tough cop John McClane.

The two action movie heroes will be sold separately as their own operator bundles. They’re also not variants of other operators, but rather their own unique characters. Both operator packs will be available to purchase at 12 AM EST on May 20 and will remain on sale for a month afterward. At 12 AM EST on June 19, both are off the store for good. You’ll be able to find the Rambo and Die Hard bundles in both the Call of Duty: Warzone and Call of Duty Black Ops: Cold War stores. Since neither bundle is in the store just yet we don’t know how much they’ll cost players.

If you want to play John McClane in Call of Duty, you’ll have to pick up the Die Hard operator bundle. The bundle itself comes with an operator based on the character, as well as a few legendary weapon blueprints for a tactical rifle, SMG, and an assault rifle. Players will also get some sweet cosmetics with their purchase: a finishing move, legendary calling card, legendary emblem, a watch, and a radio-themed weapon charm.

Players that want to draw first blood will have to pick up the Rambo operator bundle pack. Just like the Die Hard pack, players will get a Rambo operator (shirtless, oiled, and sporting his mullet of course) as well as some other goodies. Anyone that purchases this pack will get another three legendary weapon blueprints, this time for an assault rifle, LMG, and knife, as well as cosmetics. Two finishing moves are included in the bundle, along with a legendary calling card and emblem, a watch, and a weapon charm.