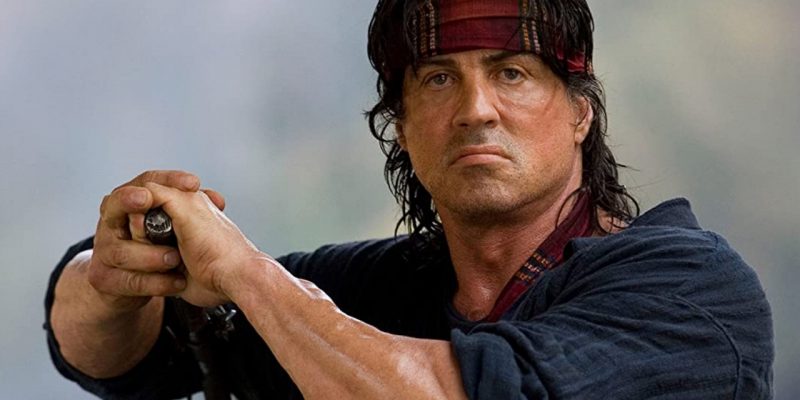 New operators being introduced into Warzone is nothing new. The battle royale has introduced several fan-favorite campaign characters since it was first launched. However, Activision’s next operator looks to have nothing to do with Call of Duty at all. On the official Call of Duty Twitter account, a potential Rambo operator was hinted at.

The reply was to a Twitter user asking if Activision would consider adding 1980s action heroes to fit Warzone‘s new theme. After all, the new version of Verdansk is set in 1984. The Call of Duty Twitter account responded with a simple thinking emoji, suggesting that this idea may already be in the works.

A follow-up Tweet describing a mysterious user playing under the alias ‘SURVIVORJOHN#1009062’ was posted after that first reply. Given the two tweets and that Rambo’s first name is John, it seems likely that the 80s action hero is coming to Call of Duty.

This won’t be the first time that Warzone has collaborated with another franchise. For last year’s Halloween event Activision teamed up with both Texas Chainsaw Massacre and Saw. Operator skins for Leatherface and Jigsaw released in game as a part of the event. In order to unlock the skins, you had to purchase both bundles for 2400 CoD points each. That works out at around $40 combined.

Furthermore, Warzone is by no means the only battle royale to use this method of marketing. Epic Games’ Fortnite practically has a new collab every month. Some examples of this include Marvel’s Ant-Man, 2K’s Borderlands, and even special skins made for content creators like Ninja and Loserfruit.

So far, Activision hasn’t confirmed any details regarding what the Call of Duty Rambo crossover will consist of. Our best guesses are that you can expect some kind of operator bundle and potentially an in-game event too. If other operator bundles are anything to go by, this should be available in both Warzone and Black Ops Cold War.