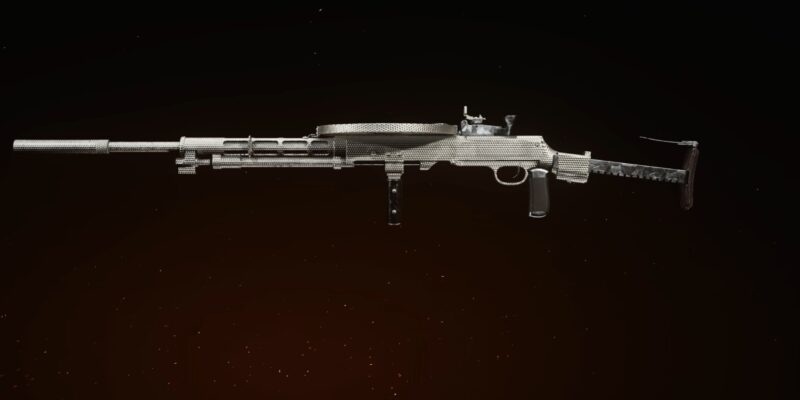 The launch of Call of Duty: Vanguard transported fans of the franchise all the way back to the Second World War. Alongside a new campaign, there are new multiplayer maps and modes, and the continuation of the dark aether story in Zombies. There are also a range of classic weapons for you to choose from, to suit your preference. With the ability to add up to ten attachments per gun, it can be hard to find the best combination. This applies to the DP27 where using the best attachments will see you create a strong class in Vanguard.

The light machine gun thrives at medium to longer ranges. As a result, you may find that you can reap the rewards of the weapon on maps such as Oasis and Desert Siege. The attachments used on this class will boost various positive traits of the DP27. Predominantly, it will address the accuracy and fire power of the gun, making the build as reliable as possible.

First up, the Mercury Silencer provides your weapon with sound suppression to keep your shots undetected. At the same time, this attachment will improve your recoil control. Continuing to focus on accuracy, the M1941 Hand Stop Underbarrel increases your recoil control and accuracy. Additionally, equipping Stippled Grip will keep making your accuracy even better. The benefit of more recoil recovery, and initial accuracy and recoil ensures you effectively lock onto your opponent.

If your bullets were not already powerful enough…

Next, the Kovalevskaya 604mm Barrel is valuable in making sure your weapon packs a punch. Along with added accuracy in the form of horizontal recoil control, you will also gain a whopping 66.7% effective damage range and 40% bullet velocity. Pairing this with the Lengthened Ammo Type will make your bullets even more deadly by adding a further 30% bullet velocity.

Following suit with many light machine guns, the DP27 lacks speed. To combat this, the Empress SK Adjustable Stock allows you to experience better sprint to fire and movement speed. Similarly, the Sleight of Hand Proficiency is important in gaining a faster reload speed, so you can quickly get back into the fight.

Notably, this class does not use a magazine attachment. In this instance, the negative effects of using one outweigh the benefits. To compensate for potentially losing out on gaining a larger magazine capacity, use the Fully Loaded Kit. By doing so, your starting ammunition will be increased to the maximum amount.

Finally, complete your Vanguard DP27 class with the Slate Reflector Optic. Ultimately, this will allow you to take advantage of the added accuracy and firepower to take out the enemy team with precision. If you are a fan of light machine guns, there is no doubt that you will find the DP27 fun to use in Vanguard multiplayer.