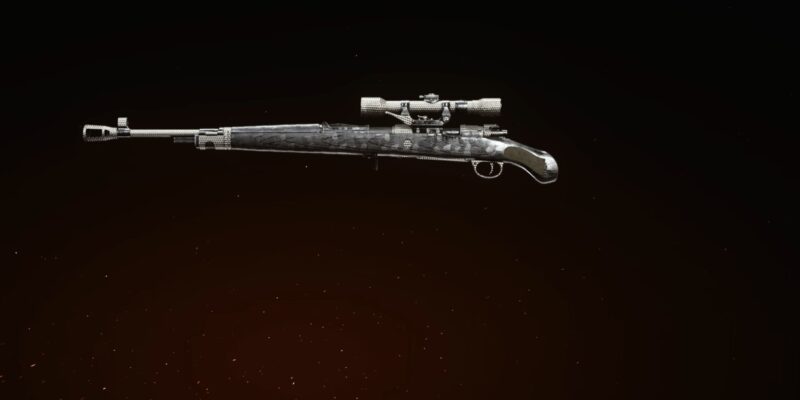 The launch of Call of Duty: Vanguard has taken fans back to World War Two. You can play through the campaign, hop into the iconic Shipment map in multiplayer and continue the dark aether story in Zombies. If you are fan of sniping, there are some viable options for you to choose from. The Kar98k has appeared in multiple Call of Duty titles. Most recently, the Modern Warfare 2019 Kar98k took over Call of Duty: Warzone for many months. Once again, a Kar98k class appears to have cemented itself as the strongest and most popular sniper rifle with its release in Vanguard.

Already, the Kar98k in Vanguard boasts a high amount of fire power and accuracy. The gun is best suited to medium and large scale maps such as Gavutu and Desert Siege, among others. Mainly, this class will focus on improving the speed and manoeuvrability of the sniper rifle to help you make the most out of the weapon.

First up, the Krausnick 560mm LWS03K Barrel quickens your aim down sight speed. Pairing this with the Short Stock will further increase your aim down sight speed, movement speed, sprint to fire speed, and aim walking movement speed. The combination of these attachments means that you can effectively move around the map to quick scope enemies with ease. The best Rear Grip, the Fabric Grip, is the most useful for speed. The aim down sight and sprint to fire speed will be even better once this attachment is equipped.

Some of the attachments on this class do hit your accuracy, but you can easily bump it back up. The L Brake Muzzle will see your Kar98k get a boost to its accuracy. Also, the M1941 Hand Stop Underbarrel will improve your accuracy and recoil control when you are taking your shots.

In terms of a Magazine, this class does not use one. Many of the options in this category have detriments that outweigh the benefits that the attachment provides. However, if you would prefer to use one, the 8mm Klauser 3 Round Mag significantly boosts your reload quickness and makes your aim down sight speed even faster. With that being said, as the name suggests, you will only have three bullets to work with per magazine. The Lengthened Ammunition type will give your Kar98k class 30% more bullet velocity which will prove useful when taking out enemies at a distance.

Quick scoping or hard scoping, it does not matter with the Kar98k

Next, the Quickscope Proficiency is a strong attachment to use on your sniper rifle. By using this, your accuracy will be improved for a short time after aiming down sight. Finally, the Fully Loaded Kit will give you the maximum starting ammunition, so you can keep taking out enemies without having to spare a thought for running out of ammunition.

Battlefield 2042: How to avoid bloom and bullet deviation