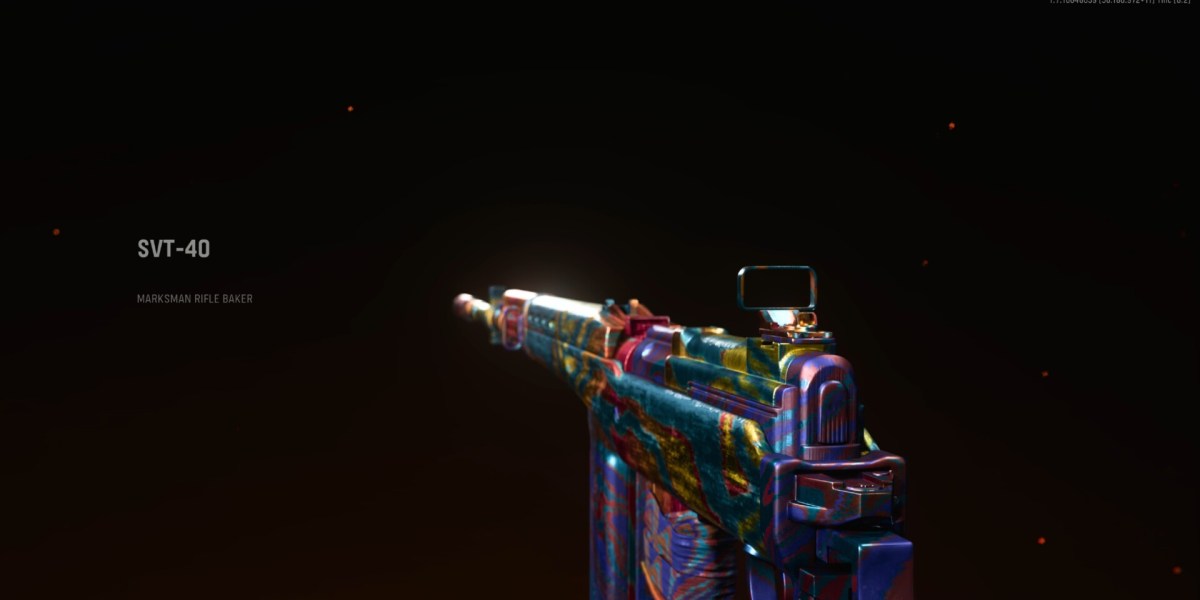 The launch of Call of Duty: Vanguard took players back to World War Two. With a new campaign, multiplayer maps and modes, and a new Zombies experience, the title has plenty of content. Most recently, the Secrets of the Pacific event began, allowing you to unlock rewards and learn more about the upcoming Warzone map. The SVT-40 is a marksman rifle that would work well in Warzone, and has perhaps been overlooked in multiplayer. Currently, The M1 Garand appears to be the go-to weapon in the marksman rifle category. However, applying the best attachments will allow you to build a class that demonstrates just how powerful the SVT-40 can be in Vanguard.

As the SVT-40 is a marskman rifle, it is traditionally best suited to medium and longer range maps. So, you can find success on maps such as Demyansk and Gavutu. However, the versatility of this weapon and build means that it can come out on top in close-quarter engagements too. Therefore, you can take your new class to smaller maps such as Hotel Royale and Dome. Predominantly, this class will focus on making the gun as accurate as possible, while taking speed and firepower into account.

To begin your class, the G28 Compensator Muzzle will give a boost to your recoil control. In addition, the Kovalevskaya 800mm B03 Barrel will significantly improve your control and stability, while giving your weapon an edge in firepower. The attachment provides you with a larger one hit kill area, reduces your scope sway and weapon bob, and increases your recoil control and accuracy. Pairing this with the Heavy Foregrip Underbarrel will see you gain more aiming stability, recoil recovery and aim walking steadiness.

In terms of your speed and mobility, the Removed Stock is the best attachment to maximise this. Apart from added movement speed, your aim down sight speed, sprint to fire speed, and aim walking movement speed will all be quicker. Additionally, the Fabric Grip is useful in making the most important mobility aspects even better. Your aim down sight speed and sprint to fire speed will be even faster.

Earning an elimination in just a few bullets

The .303 British 10 Round Mags provides many benefits to your marksman rifle. Drastically, your recoil control and accuracy will be improved. At the same time, the attachment offers more hip fire accuracy, aim down sight speed, and faster fire rate. Also, the Lengthened Ammo Type is a viable choice as it will see you gain 30% more bullet velocity. Equipping the Fully Loaded Kit will grant the maximum starting ammunition, so you can keep mowing down enemies.

Next, the Vital Proficiency will increase your area for critical hits which will make your Vanguard SVT-40 class even stronger. Finally, the Slate Reflector Optic will allow you to take out your opponents with precision.

By Jack Salter13 hours ago
Guides

By Jason Venter16 hours ago
Guides