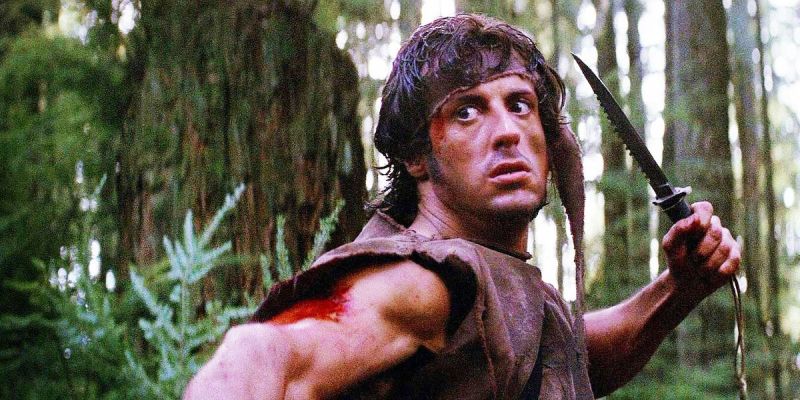 The ’80s are finally breaking into video games. Rambo, who debuted in Mortal Kombat 11 just last year, is now leaping over to Call of Duty: Warzone. After being teased in a prior tweet from the game’s account, another tweet today confirmed that Rambo, along with other 80s action icons, would be added to the game.

Previously, the Call of Duty account teased that Rambo would be heading to the game on May 20. That date hasn’t changed. Today’s tweet keeps the same date, and revealed that Rambo enter the game through an operator pack. The ’80s Action Heroes pack will specifically be for Call of Duty Black Ops: Cold War, Call of Duty: Warzone, and Call of Duty: Mobile.

Recently, Call of Duty: Warzone teased John McClane of Die Hard fame as a new operator. While today’s teaser doesn’t show him specifically, it does start with the message “Some heroes Die Hard,” which isn’t that vague. It’s pretty safe to say at this point that McClane will be included in the pack and launch on May 20 along with Rambo. While this pack’s announcement is exciting, we can’t say for sure just yet how much players will have to spend to pick it up.

Warzone adding ’80s action heroes like Rambo and McClane shouldn’t be a surprise considering the game’s last event. Verdansk, the main map in Warzone, was recently destroyed by a nuke. Subsequently, players now battle it out in a version of the map set in 1984. This time shift means to tie the larger story in Warzone revolving around Black Ops: Cold War‘s Adler and his nemesis Stitch with the game’s toxic Nova-6 gas. Since there’s no end in sight for Warzone‘s current state, it’s possible that more ’80s heroes could make their way into the game, a la Fortnite.

The action begins May 20th. pic.twitter.com/8Rr3c7g26u

The Lion’s Song is free today on the Epic Games Store, next week’s game is a mystery