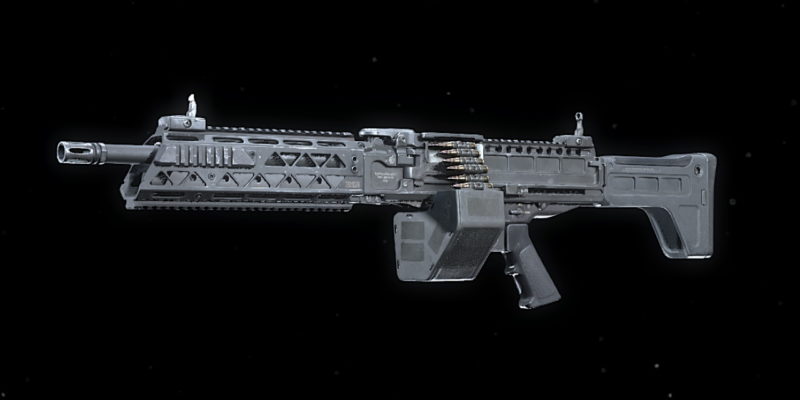 As per Warzone tradition, a new mid-season gun just dropped. The new Finn LMG is the third light machine gun to be added into Warzone‘s gun roster following the Holger and Bruen. Given that one of them ended up being useless and the other meta breaking, who knows how good the Finn will end up being. Regardless, you’re gonna want to unlock it to future-proof yourself for any future meta.

And I’m here to help you make that experience as fast as possible. Much like the other mid-season weapons, the Finn LMG is unlocked by completing a new challenge. Instead of leveling up the battle pass, you’ll need to grind out this challenge instead.

How to unlock the Finn LMG

The in-game description states “Get 1 Melee Kill while using an LMG in seven different matches.” This may sound a little tedious at first, but truth be told, this is the fastest weapon unlock challenge we’ve seen yet. In fact, by following this guide, you could have your hands on the Finn in less than 15 minutes.

First things first, this is far easier to do if you already have the Holger 26 unlocked and leveled up. Obviously, it’s not worth unlocking it now if you don’t already, but it’ll streamline the process of unlocking the Finn LMG. I prefer the Holger for this challenge, because when optimized for mobility, it has an impressive movement speed of 101%. In other words, you’ll be able to move as faster than even some of the pistols allow.

Once equipped with your mobile LMG of choice, you’ll now have two options. If you own Modern Warfare, then things are going to be far easier for you. Right now the Shoot the Ship game mode is active, and getting a melee kill is very possible well within 30 seconds.

Just jump into a Shoot the Ship lobby, throw a stun grenade or flashbang, and finally smack your opponent over the head with your gun. Once you secure the kill, back out of the lobby and repeat. You don’t need to complete games in order for the challenge progress to count. If you’re reading this when Shoot the Ship isn’t available, objective-focused game modes like Hardpoint and Domination can work well too. 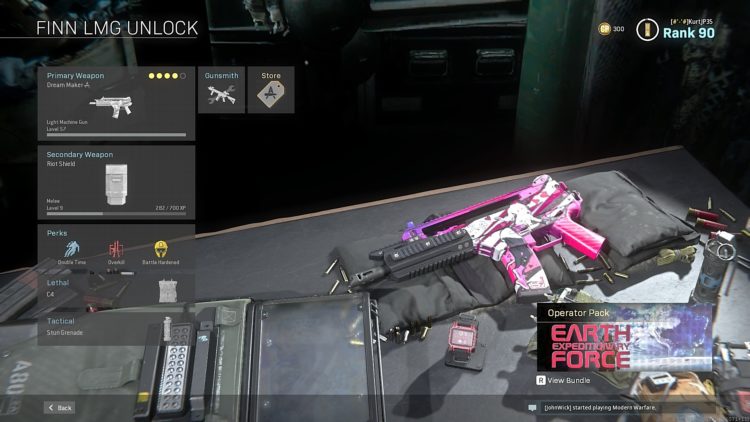 An optimized class would probably look something like this, The weeaboo blueprint is optional.

Unfortunately, Warzone-only players are going to have a far harder time unlocking the Finn LMG. Right now there is a custom game mode called King Slayer Trios, which is probably your best bet. It’s effectively a multi-squad Team Deathmatch, and you might be able to catch other players out also trying to do the challenge.

If there aren’t any convenient custom game modes on, then you’ll have to grind out Plunder instead. Regardless, the tactics employed are much the same as the multiplayer method. Keep in mind melee is a two-hit down in Warzone game modes rather than just the one-hit-kill possible in regular multiplayer.

For more Call of Duty: Warzone tips and guides, be sure to hit up our guides and features hub. Also, keep an eye out for our upcoming Finn LMG guide so that you know how to get the most out of your new gun.

EA adds achievements to its growing games catalog on Steam

By Jason Rodriguez28 mins ago
Guides