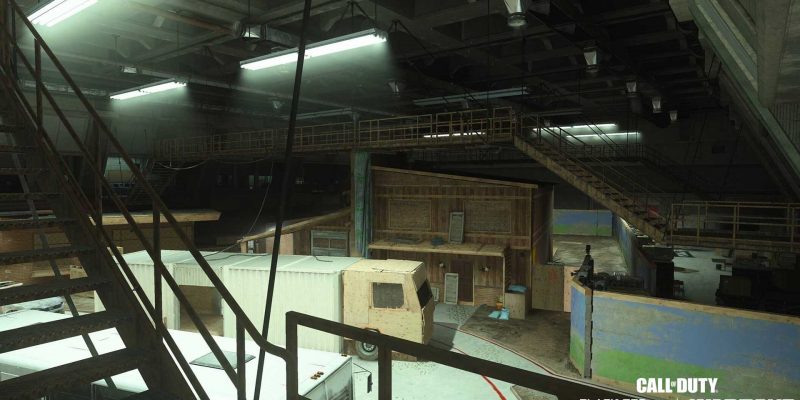 When the crossover between Call of Duty: Black Ops Cold War and Warzone took place, it introduced an array of new content into the battle royale. This included a new gulag area for players to visit when taken down by an opponent. Inspired by the Nuketown map, this gulag has faced criticism. However, Warzone players have been able to find some nifty tricks to help secure gulag victories. More recently, a Warzone fan has discovered another new tactic to use against gulag opponents.

The player posted a clip on the Call of Duty: Warzone Reddit page, showing the nifty trick in action. It involves you jumping on the sign which is on the map in an elevated position. Once on top of it, you are able to see a large area of the map and can then take down your opponent using any weapon. As you can see from the clip, the strategic positioning worked multiple times for the Warzone player. At the same time, it appears that enemies did not expect their opponent to be in that position, catching them off guard.

The Warzone gulag trick is quite versatile

Additionally, the trick can prove useful against the use of any equipment. In one of the clips, a smoke grenade is thrown which covers a large portion of the map. However, the clever positioning on top of the sign allows the player to see over the smoke and eventually get the kill.

Even though this variation of the gulag has been out for a while, it shows that you can still discover new tactics to surprise your opponents. Meanwhile, the live Call of Duty: Warzone leaked nuke event is just hours away from taking place. Only time will tell what will happen to Verdnask as a result. Perhaps, the gulag will be one of the areas that gets changed or impacted by the event.

Cheeky gulag strategy. Nobody ever expects you to jump on the sign. from CODWarzone

League of Legends partners with UNIQLO for T-shirt collection