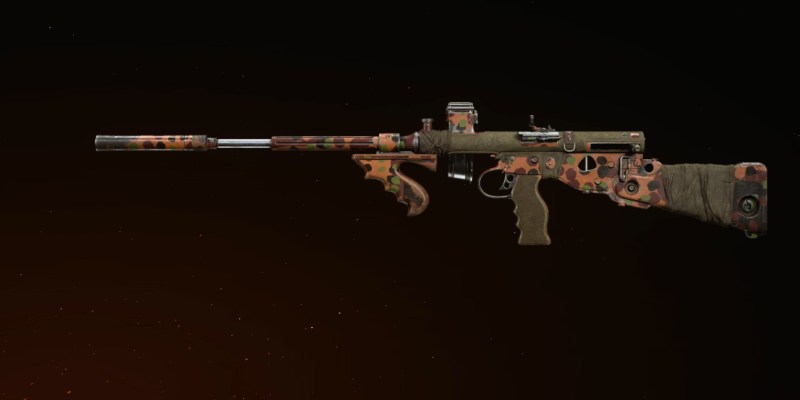 The release of Call of Duty: Vanguard Season One saw the introduction of Warzone Pacific. The integration between the two titles expanded the weapon pool, and there are now more options than ever to choose from. One underrated submachine gun is the Owen Gun. If you’ve picked it up as floor loot, you may have noticed that it has a huge amount of potential. With the best attachments, you can build an Owen Gun class which shows the opposition just how strong the weapon can be in Warzone Pacific.

Already, the gun has a good fire rate, and it is able to deal a respectable amount of damage. In addition, it can take on short and medium range fights. This class will focus on increasing the accuracy of the weapon, so you can shred through enemy armor and health with ease.

Let’s begin by breaking down the class. The first attachment is the Mercury Silencer for sound suppression to make sure your shots stay hidden from the mini map. At the same time, you will receive a boost to your recoil control. The Hockenson 305mm Precision barrel will add numerous benefits to your gun. It will make your gun highly accurate and controllable while allowing you to deal more headshot damage and quicken the aim down sight speed. Equipping the Gawain H4 Folding stock will improve your accuracy in terms of aiming stability, recoil control, and flinch resistance. To maximize the accuracy, the Polymer Grip will further increase the flinch resistance and accuracy and recoil when you are taking enemy bullets.

When selecting a magazine, the 9mm 72 Round Mags is a viable option. This attachment will allow you to take more bullets to the battlefield without any significant detriments. Using the Lengthened ammunition type will ensure your bullets really pack a punch with added bullet velocity.

The M1930 Strife Angled underbarrel will raise your submachine gun’s stability. When selecting your Perks, Brace is a useful option for better initial accuracy and recoil. Therefore, you can make sure you are hitting your shots from the second you begin firing. Then, the Quick Perk provides you with more sprint speed. The final attachment is the Slate Reflector optic. The clear sight will allow you to take down enemies with precision and allow you to take advantage of the improved accuracy.

The Owen Gun thrives when getting up close and personal with an enemy in both Caldera and Warzone Pacific. To achieve a versatile loadout, you should pair it with a gun that will pack a punch at long range. An assault rifle, sniper rifle, or light machine gun are all viable options. Although the Bren was hit with a nerf, it is still proving to be the best primary weapon.

By Mike Straw17 hours ago
Guides