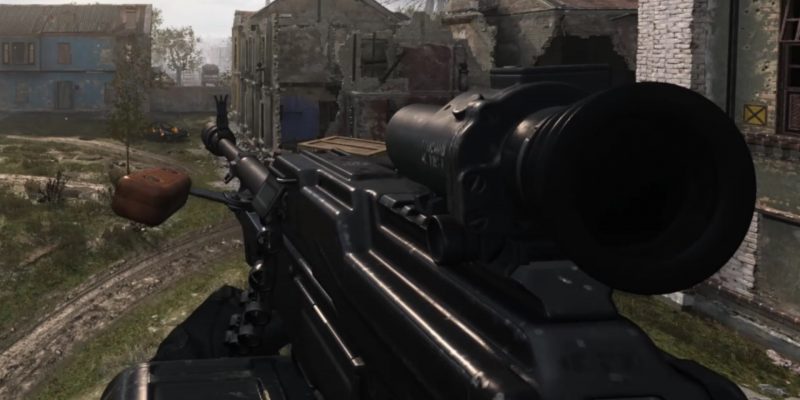 It’s rare to see a light machine gun be top-tier in the meta. This is because they have second-rate handling characteristics including a slow reload time and below average aim down sights speed. Those cons stand true for every LMG, but there is one that I believe stands above the rest. After all, a good PKM build can compete with just about anything in Call of Duty: Warzone.

The PKM is a Modern Warfare LMG that has featured as a niche choice in Activision’s battle royale for some time. Despite never being a top-tier option, it’s never been a bad choice either. It has some extreme upsides and some equally extreme downsides. In order to accommodate for these downsides, it’s important to understand the role an LMG such as the PKM serves in Warzone.

Light machine guns are best used at medium to long-range. They are fantastic area control weapons thanks to the large magazines they tend to carry, offering the best suppressive fire of any gun type in Warzone. If you can position yourself well and find a desirable building, this PKM build is incredible for Warzone.

To maximize its ability to lock down opposing teams it’s important to optimize bullet velocity. The two attachments that are best for achieving this are the Monolithic Suppressor and 26.9″ Extended Barrel. The Monolithic Suppressor is a must use on any long-range weapon in Warzone. This is because it not only improves bullet velocity, but it also greatly reduces the volume of gunfire. A heavy LMG like the PKM can be very loud, so it’s especially important to lower the chance of getting third partied. 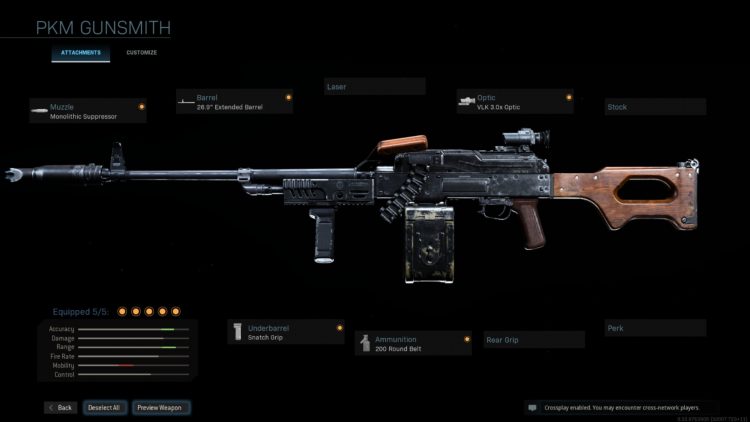 The 26.9″ Extended Barrel is the best overall barrel attachment. It further improves your bullet velocity, as well as damage range fall-off values, and recoil control. The reduction to recoil is useful as the sustained fire that the PKM can output can be tricky to control at times. When combined with the Monolithic Suppressor, this PKM build has one of the highest bullet velocity values of any gun in Warzone. This makes hitting targets from even the most extreme of ranges surprisingly easy.

The best optic to use is personal preference but the VLK 3.0x is a good choice. Of all the optics available on the Modern Warfare guns, only the VLK 3.0x and the Solozero NVG Enhanced reduce visible recoil. Even if recoil control isn’t the priority, the VLK 3.0x generally provides the easiest-to-use sights of any long-range optic. Some decent alternatives include the Cronen C480, Canted Hybrid, and Scout Combat Optic. 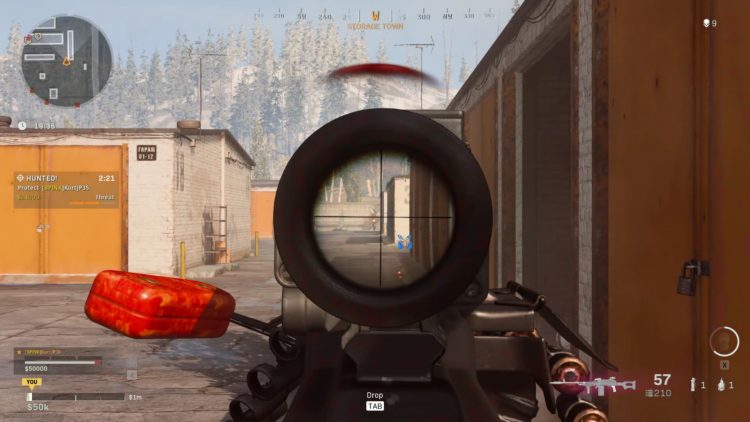 One of the best things about the PKM is its signature attachment. Of all the guns in Warzone, a good PKM build is the only one that gets access to the Snatch Grip. The Snatch Grip is unique as it not only reduces vertical recoil but also improves aim down sights speed. The only con to using the Snatch Grip is a slight reduction in movement speed. Although, you won’t ever want to run around with the PKM anyway as it’s an extremely slow weapon. For this reason, high mobility weapons such as the MP5 or Mac-10 pair well with the PKM.

The fifth and final attachment can be tweaked dependent on playstyle. Given that this PKM build is best for suppression, the 200 Round Belt is probably the best choice for Warzone. However, the Tac Laser is a good option too as it greatly improves aim down sight speed. Some players use the No Stock attachment for similar reasons but the recoil control penalty provided by it is far from ideal.

Project Athia is now Forspoken, and it’s coming in 2022