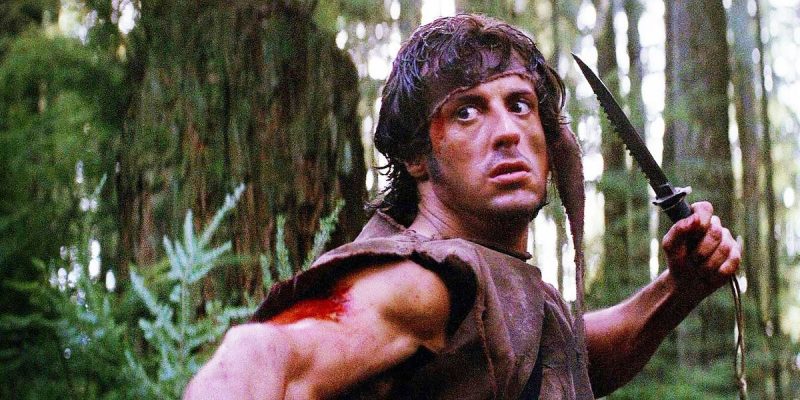 Call of Duty: Warzone recently blasted into the past, and now it’s reveling in it. The game’s most recent event, which saw the destruction of Verdansk via nuclear blast, wound back time all the way to 1984. It’s the era of big hair, boom boxes, and action movies, and now one of the most iconic 80s action heroes is heading to the game. In a tweet, Activision teased that John Rambo would be heading to Call of Duty: Warzone next week.

The video shows a poor schmuck in a balaclava running through a valley. Above him, someone pulls a flaming arrow taut on a bow, and a close-up shot of Rambo’s face shows. After the arrow flies, the words “Become War” show up on the screen in blood-red. The tweet also lists a date, May 20, for Rambo to release in Call of Duty: Warzone. Users replying to the tweet asking for their Warzone report instead received lines from the Rambo movies such as “What you choose to call hell, he calls home,” from Rambo: First Blood Part II.

Since we’ve only seen teasers of Rambo in Call of Duty: Warzone so far we’re not sure how players will be able to unlock him yet, whether it’s through challenges or an operator pack.

Rambo isn’t the only 80s action hero making their way to Verdansk. Over the weekend the Call of Duty account tweeted out a fake ad for a business called “Nakatomi Duct Cleaning.” This is a not-so-subtle reference to the movie Die Hard, in which hero John McClane (played by Bruce Willis) is constantly crawling through the ducts of the Nakatomi skyscraper. However, this teaser didn’t feature an appearance by McClane or a date, so we can’t say just when or if the Die Hard protagonist will be heading to Warzone.

Beast Boy is the next DC character heading to Fortnite