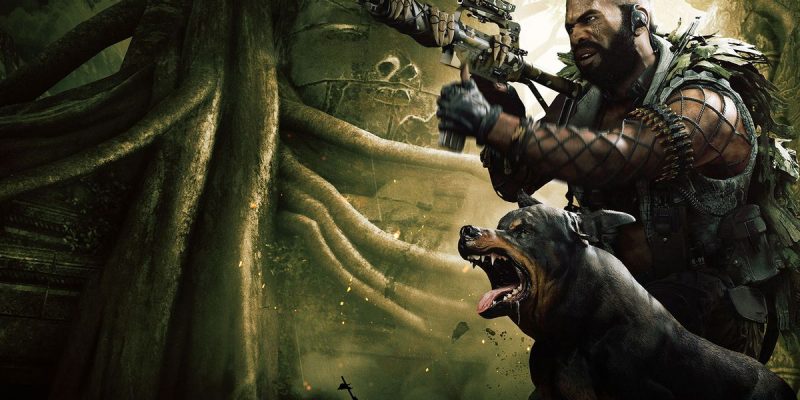 The latest update for Call of Duty: Warzone and Modern Warfare is now live. While some of us are happy about the reduced file sizes, most of the players would be looking to see just what are the new additions and changes being made to the battle royale. Season Two Reloaded is bringing with it a pair of new Operators, the 20mm ZRG sniper rifle, new maps and modes to Call of Duty: Warzone and Black Ops Cold War.

Of course, if you dive deeper into the patch notes, there are a bunch of tweaks and balances as well.

The Cold War AUG has seen an increase in its base recoil magnitude. Weapon unlocks should also now appear properly in the After Action Report. Attachments have seen some changes too. For those looking to wreck vehicles, the Cavalry Lancer barrel now does increased vehicle damage. The Suppressor muzzle should correctly display muzzle flash concealment, while smooth zoom and variable zoom scopes will properly mount on vertical walls moving forward.

The aiming down sights animation for firing has also been fixed for specific scopes. Those Cold War barrels that were not having intended effects should now function as advertised. 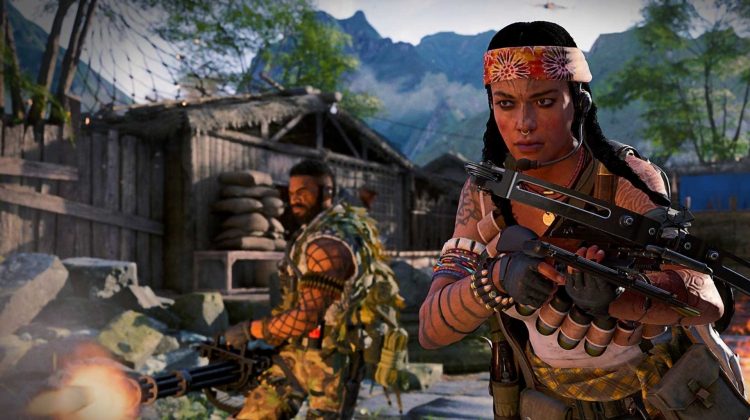 As for the actual gameplay in Call of Duty: Warzone Season Two Reloaded, there are also a bunch of updates to go through. Armor should now be a consistent ground spawn across all matches. Players also have more functionality when it comes to using the updated Tactical Map.

Now, you can double click to place a Danger Ping. Hovering over certain pingable objects will now display their name, so you won’t get things wrong. The game has also made it easier for players to point exactly where they want to even when items are close to each other.

Outside of the Tactical Map, an out of map exploit has been fixed near Chemical Engineering. In the Plunder mode, Self Revive can now be dropped via the Quick Inventory menu, saving you precious time.

That is not all that Raven Software has added for Season Two Reloaded for Call of Duty: Warzone. As spotted by players, attack helicopters are back with a vengeance. Players can purchase high-tier items at Zombie containment computers now, with a new Bombardment kill streak that requires a key to purchase. 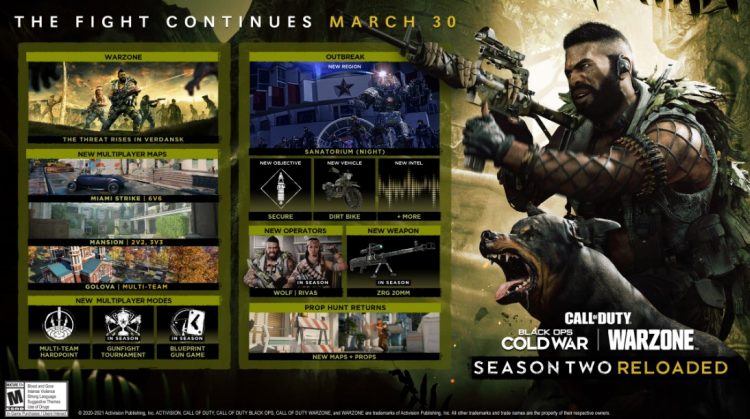 However, in less positive and exciting news. everyone’s favorite infinite stim glitch is back as well. While a solution has been in place to prevent the abuse of this exploit, it is still absolutely annoying to see that it is still a thing among the community. Why can’t people just play the game normally?

That is not the only glitch that is back. With attack helicopters returning, it was kind of expected that the invisibility glitch also makes a comeback. These two are forever interlinked now. It remains to be seen just how Raven Software is going to tackle these unwanted visitors as Season Two Reloaded unfolds in Call of Duty: Warzone.

Do check out the full patch notes if you want a closer look.

Cyberpunk 2077 DLC and expansions are still in active development