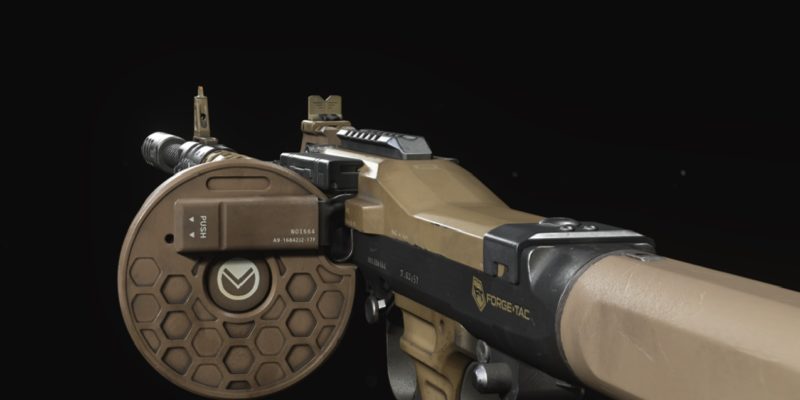 Ever since their debut in Advanced Warfare, gun variants and blueprints have become a staple of every Call of Duty create-a-class system. With the ever-changing choice to make them cosmetic-only or not, it can get confusing as to what they actually do.

When playing Warzone or Modern Warfare, should you actually care about unlocking them? Will they give an innate advantage over someone or is the grind purely to get a nice looking gun? And if they are useful, how do you even go about getting them in the first place?

First things first, to describe weapon blueprints as purely cosmetic is a little misleading. That’s not to say they are necessarily pay-to-win either, but there are some inherent benefits to having certain gun variants. Effectively, blueprints both change the look of your gun and can be used to unlock high-level attachments earlier.

The latter is particularly useful if you happen to be a free-to-play Warzone player. Without a convenient way to level up your guns, it can often be easier to just acquire a gun variant that already comes well equipped. A great example of this is the Suffering’s End AX-50 blueprint. This comes prepackaged with the best-in-slot stock, a variable zoom scope, and the AX-50’s longest-range barrel. These are all great options for an optimal Warzone sniper rifle. 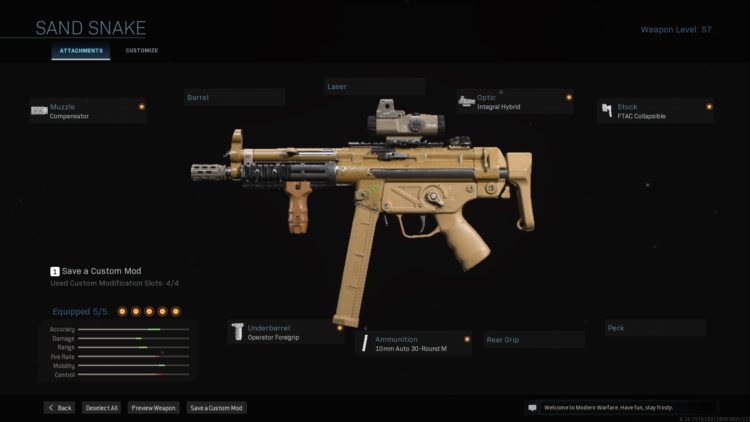 The Sand Snake is a fan favorite as it gives early access to many meta attachments like the collapsible stock, compensator, and 10mm rounds.

Otherwise, weapon blueprints can make running iron sights a lot more practical. Many of the rarer variants redesign a gun’s outer shell and tweak its iron sights in the process. While this isn’t always useful, the majority of the time it results in a generally easier-to-use gun.

Case in point, the MG34 features laughably poor iron sights thanks to its out-of-date, obstructive rear sight. However, with the BLOWtorch blueprint, you can remove this entirely making the iron sights significantly more viable. It’s just a shame that this variant was locked behind the Season 2 Battle Pass and no other current blueprint offers the same benefit.

How to get weapon variants

We’ve confirmed that blueprints are actually pretty useful. Next question is, how do we get them? Unfortunately, this is the caveat you probably didn’t want to hear. As a trade-off for the majority of both Modern Warfare and Warzone‘s additional content being free, most weapons blueprints are not.

The best way to obtain weapon blueprints is either through the seasonal Battle Pass or buying them off of the store. In addition to that, they aren’t overly cheap either. While the Battle Pass is well priced, the store is less generous. Some of the packages that gun blueprints are locked behind can set you back over $20 USD. Also, just to get one weapon blueprint you often have to purchase other unwanted items in the process. 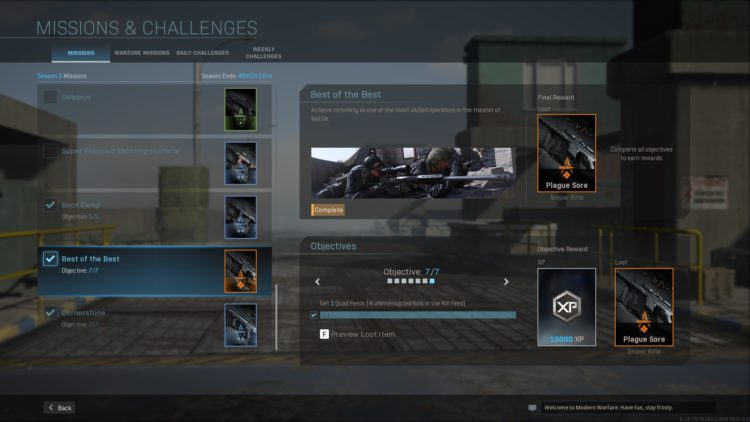 Some of the challenges can be difficult to complete. Just keep at it and you’ll get them eventually.

In saying that, there are some variants available for regular players too. Each season brings with it an abundance of weapon challenges that can be found in the Challenge Missions tab. By working your way through each sub-challenge, you can eventually finish the set and unlock a unique weapon blueprint.

Although you should just pursue the blueprint you think looks best, there are some that more useful and competitive than others. As a personal recommendation, I’d look at completing Best of the Best, Boot Camp, and Alliance. Best of the Beast is particularly useful as it gives you a cleaner Dragunov blueprint with a far more usable scope.