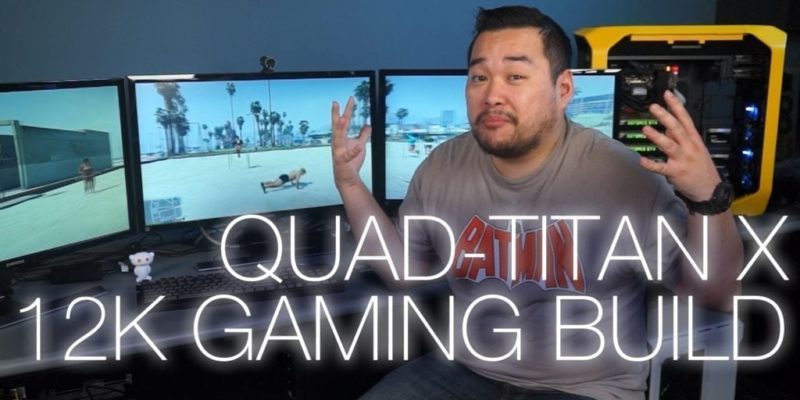 Do you think modern PCs are ready for a triple 4K setup? Well, now we know the answer.

Unfortunately, the answer is no. Based on testing by Youtube channel NCIX, even if you get the best hardware possible (in this case, four Titan X GPUs) and three 4K capable monitors, when it comes down to it, games will not run well under this setup.

The main issue is stuttering, which isn’t conspicuous in the video, but you will see for yourself if you try it up and personal. Removing stuttering requires modifying settings so much that building the rig isn’t even worthwhile anymore. Notably, Project CARS claims to work under a setup like this, but these folks were not able to test that claim. In any case, even if Project CARS was the exception, the fact that pretty much all other games can’t support it remains.

You can watch the video below to see it all play out. Perhaps the improvements promised by DirectX 12, or the optimizations anticipated from SteamOS, will make this possible, but for now, you may want to shelve ideas of making this ultimate game rig.