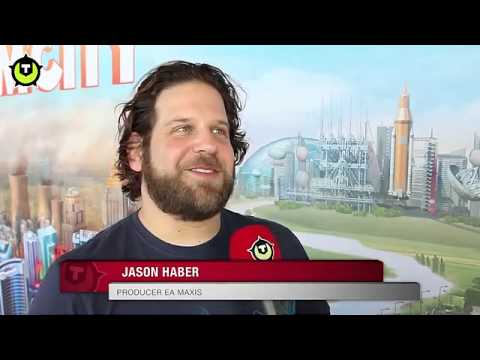 SimCity was released in the US on 5 March. It came out in Europe today (7 March) and is coming to the UK on the 8th. Right now, many people cannot play the game. They cannot play the game because SimCity demands that you be ‘always online’ in order to do so, and EA’s servers have failed to cope with the utterly unforeseeable demand of people wanting to play a new SimCity title during launch week.

People are upset, and rightly so. With game publishers now dictating the necessity of a continuous, active internet connection to play a title with considerable single player features, it surely isn’t asking too much of those same multi-million dollar companies to keep their own internet connections up and running.

Especially after assurances and reassurances were made that a debacle of this kind would not happen.

Options for customers feeling burned by this bold new dawn of ‘always on’ are somewhat limited. Refunds are an option for some, especially if SimCity was purchased at a physical store or through a retailer like Amazon. Sales through Origin appear to be non-refundable at present, though if the purchase was made with a credit card it may be possible to dispute the charge with the relevant financial institution.

Of course, EA may just decide to ban your Origin account if you go down that route. Not ideal.

Longer-term, it’s difficult to see how gamers can express effective displeasure at such Draconian and dysfunctional DRM schemes.

“Vote with your dollars,” is a term that is often applied to this situation on forums and social networks across the ‘net.

It’s broadly accurate (EA, as a publisher, relies on game sales to make money,) but a little trite, and fails to address the power imbalance between a gigantic company and an individual customer. Contrary to the myth, a scattering of protesting individuals cannot have much impact in the marketplace. It takes serious organisation to do that.

Here’s another problem: if too many people pass on SimCity due to its DRM policy, low sales and low population servers will create the risk of the game being ‘switched off’ sooner rather than later. And if EA sees this game fail, we will not be getting another SimCity for quite a while.

Conversely, every purchase of the game is a tacit endorsement of the ‘always on’ policy, whether the buyer agrees with it or not. So for anyone who loves the series but loathes the current DRM, it’s one hell of a dilemma.

Online petitions are often met with scorn as a method of driving change, but what gamers need in this situation is a clear, unified way of expressing displeasure with ‘always on’ DRM. Whether it’s someone who bought SimCity and feels let down, or someone who stayed away from the game due to the DRM, both opinions can be brought together under one heading.

It’s important to send EA the clear message that lost sales and requests for refunds are not necessarily down to the quality of the game, but are the direct result of the DRM implementation. No matter your view on how effective they are, an online petition is one way of demonstrating this in a succinct, organised fashion.

As it happens, one such petition is up and running right here. At the time of writing it has over 18,000 signatures.

Similar actions have worked before. Ubisoft, after a sustained period of consumer and media pressure (and probably the realisation that it did nothing to curb piracy,) dropped its ‘always on’ policy for PC games. That was not the result of a lone petition, but the company cited listening to “feedback” as a factor in its decision; feedback that undoubtedly included the voices of irritated, upset and disappointed customers.

So, can an online petition really change EA’s mind over SimCity? Alone, it’s not likely to achieve much. But as part of a broader, more organised approach to letting the company know that its DRM policy is far more detrimental than beneficial, it’s a sensible step to take.

It may be too late to remove the ‘always on’ requirement from SimCity, but it couldn’t hurt to sign the petition on behalf of the next game. Or the next series. Or the next company who may consider this form of DRM a wise move if people’s obvious distaste for such schemes remains fractured.

Our own SimCity review is coming soon. It will be based on the same code and same conditions experienced by regular buyers of the game; unlike certain early press reviews that were done under controlled conditions (as described by Penny Arcade’s Ben Kachera.)

By Jason Rodriguez5 hours ago
Features