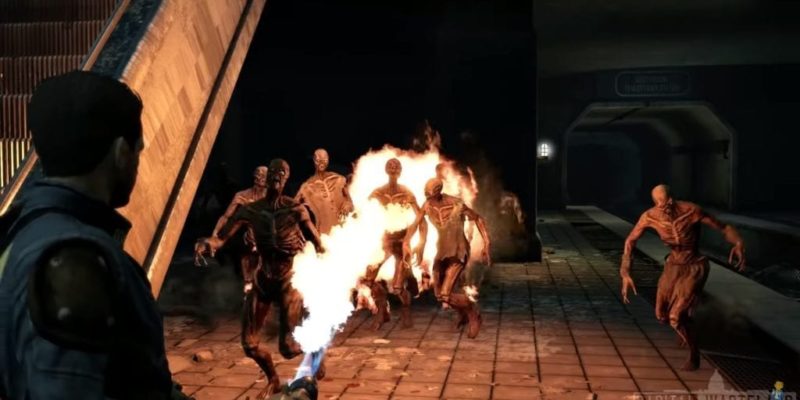 Capital Wasteland is a Fallout 4 mod that remakes Fallout 3 in the new game engine. Work on it stopped back in 2018 over issues to voice acting and copyrights. However, a small group of people continued the work, resuming mod development early this year. Now Capital Wasteland has a new trailer.

Officially, the trailer is showing off feral ghouls, the types of humans who survived massive exposure to radiation but lost their minds. They’re a zombie-type monster in the FPS Fallout games. The trailer shows off the player fighting them with all sorts of guns and you can also see the VATS targeting system at work.

Aside from the ghouls, you can see the player character encountering the nasty deathclaws as well as visiting iconic Fallout 3 locations. Megaton, the first town you visit after the tutorial, is there, as is the building housing Three Dog, the wasteland’s only DJ.

A team of 10 is currently working on Capital Wasteland. NafNaf_95, the lead, agrees that this makes for slow going. As for the voice acting issue, the team is attempting to re-voice the game. Great news for people who want to see Fallout 3 in a modern engine!

Modern Warfare will have input matchmaking, no zombies