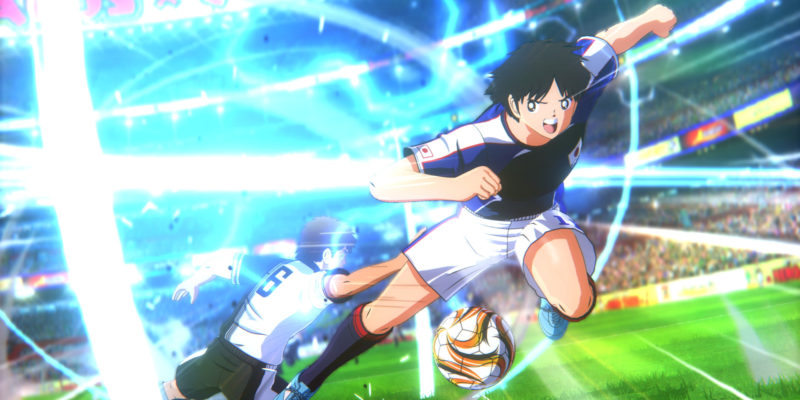 The legendary anime and manga series Captain Tsubasa gets its long-overdue video game debut in the West with Captain Tsubasa: Rise of New Champions on August 28. This information came with a brand new trailer from Bandai Namco that goes over some of the crazy, over-the-top mechanics, as well as the various preorder bonuses. We also get our first look at the game’s collector’s editions at the end of the trailer, which may be restricted to Europe.

Captain Tsubasa: Rise of New Champions will have Standard, Deluxe, Collector’s, Champions, and Legends Editions, in addition to a plethora of preorder bonuses as mentioned before. Preorders start today, and you can get those preorder bonuses up until September 28, a month after the game releases. To help promote its newly revamped online store, Bandai Namco is offering up some bonkers special editions available only through the store with some extremely lavish perks. The Champion’s Edition contains the usual suspects like a collector’s box, steelbook case, statue, art cards, the things we have come to expect from a special edition, especially from Bandai Namco. But the Champion’s Edition adds to that with a customizable soccer jersey in the style of the All Japan Youth team from the series.

As if that weren’t crazy enough, the Legends Edition adds a full-sized Captain Tsubasa foosball table by famous French billiard and football table manufacturer René Pierre. These Legends Editions will be extremely limited and individually numbered. We can also tell from the collector’s edition information that the game will feature 9 DLC players to be added post-launch. It will be interesting to see how many people bite on these lavish editions, especially for a fairly obscure franchise. Well, in America anyway. I am the last person to be interested in a sports game. But between the flashy graphics, anime-style aerial moves, and over-the-top style, I am super excited for a soccer game in 2020. Who would have thought? 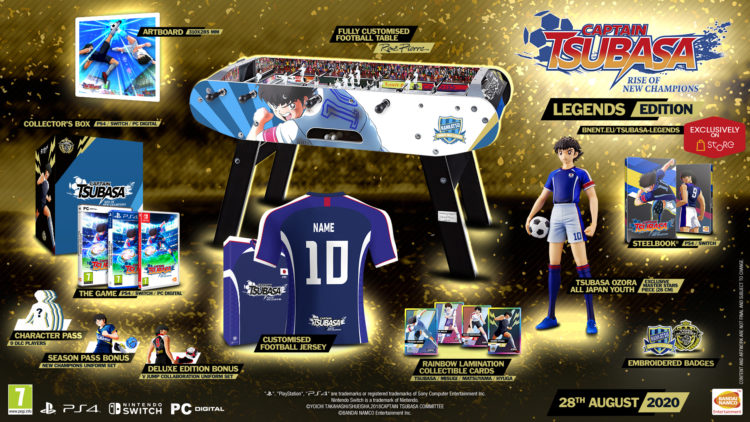