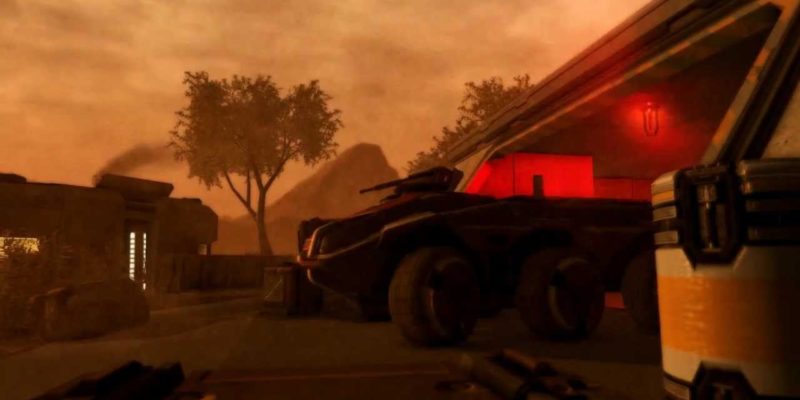 Bohemia Interactive has today launched the Carrier Command: Gaea Mission Beta test which is also an effort to help support the game’s development.
The Beta includes 9 islands and players will have to conquer and establish a network of bases for manufacturing, mining and defense, the campaign is then pushed forward, with the ultimate goal being to destroy the opposing enemy carrier.
The Beta test is not the same story as the full game, although the game mechanics and game objectives are very similar to the final Gaea Mission campaign. The Beta does not include the FPS missions, tutorials or cinematic cutsecenes.
Carrier Command’s Executive Producer, Jan Kunt, explains:
“The Strategic Campaign was partly created as a tribute to the original Carrier Command. As fans of the 80s classic might remember, this mode is entirely gameplay-focused. Therefore, it lends itself perfectly for the purpose of the Play & Contribute Beta. Even though the game is already a blast to play, we welcome every suggestion that will help us to fine-tune the game’s balance and polish it as a whole.”
Fans can visit Bohemia Interactive’s Store.bistudio.com and purchase the regular Carrier Command: Gaea Mission P&C (19.99 EUR) or the premium Carrier Command: Gaea Mission P&C Supporter (39.99 EUR) deal. The former includes a free digital Store.bistudio.com copy of the full-final game upon release.
A new trailer is also available on Youtube.