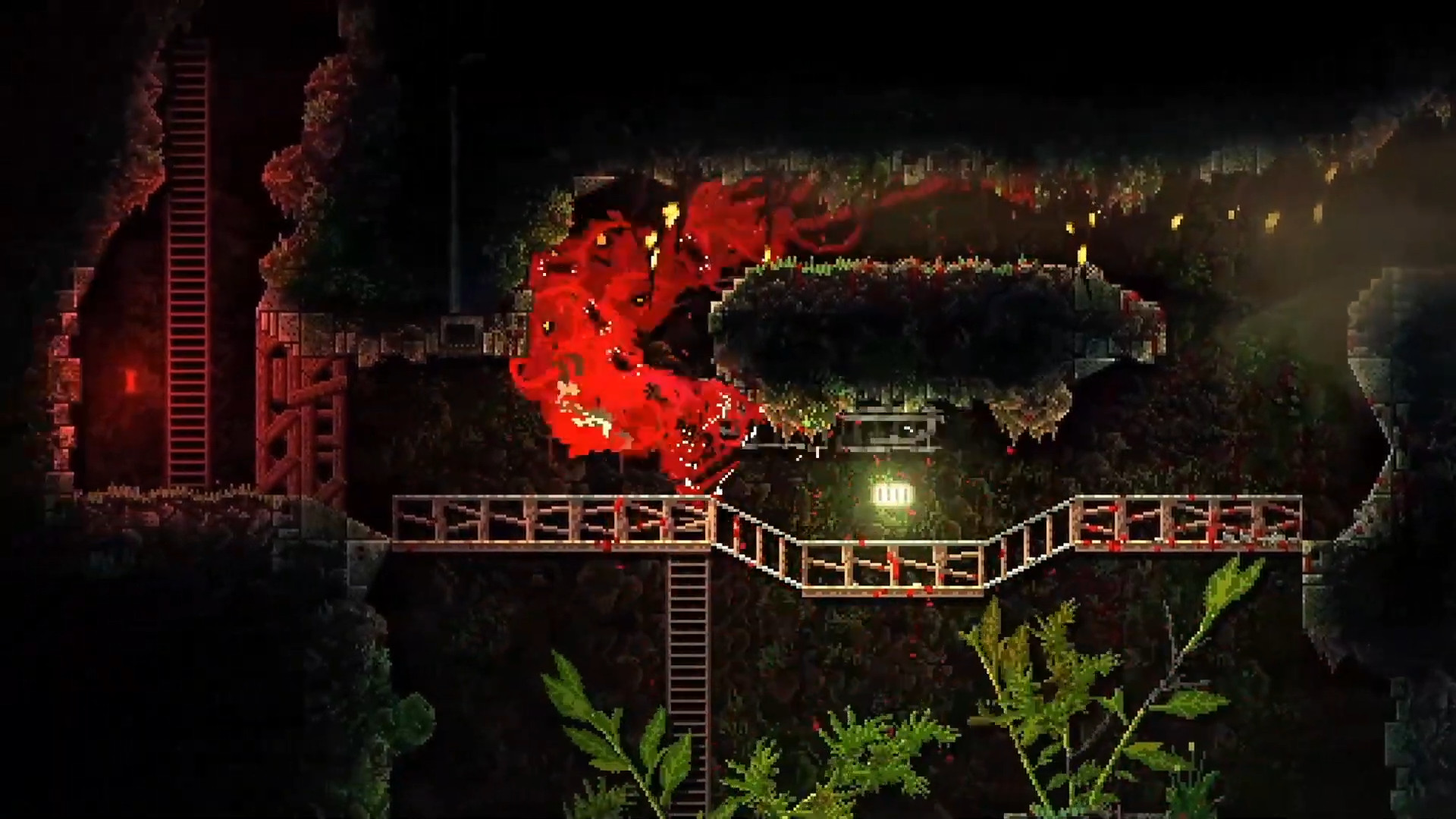 Carrion, the game where you play a blob of murderous flesh, now has a release date. Revealed during the Devolver Direct livestream today, Carrion slides its putrid mess onto PC on July 23. Indeed, we’re only weeks away from the human harvest. It’s gon’ be good.

Usually, these Devolver shows leave us with a lot more questions than anything, but not with the new Carrion trailer. As per the norm, we watch as the hulking pile of teeth and flesh squirms through hallways and air ducts to snack on human prey.The trailer, however, gave us a glimpse of another ability. You can see as the beast sneaks one of its tendrils into a juicy human brain, turning the person into a finger puppet. 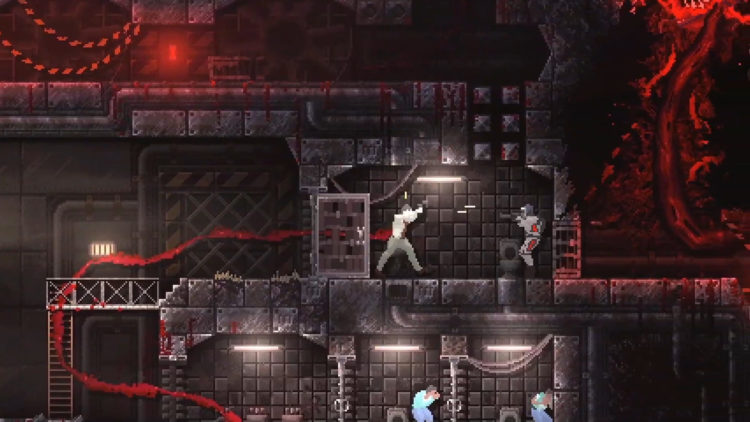 Clearly, you will be able to use this ability for some subterfuge. Enemy soldiers don’t fire on the puppet right away in the trailer. The pause in the soldier’s decision was long enough, allowing the servant to pull his own gun and take out the foe. I imagine you will be able to get past locked doors using the ability.

In my experience with Carrion, I found it to be an incredibly fun take on a monster game. You are the monster, and you’re hungry. As a beast of unexplained origin, you whip your slick tentacles past fortifications and over obstacles to grab your meal, which then adds to your mass. As you grow and explore in this Metroid-like, you become more powerful and gain new abilities.

However, while humans are tasty prey, they aren’t defenseless. More than once I had to scurry my slithering ass from a barrage of gunfire, watching as my body got chipped by flying metal. The trailers don’t always display the dangers that away in Carrion. But judging by the new clip, outsmarting your opponents may be more preferable when overwhelming them doesn’t work.

Carrion releases for PC on July 23.